A team of researchers from the University of Wisconsin-Madison and the Smithsonian Institution has discovered a dense layer of biogenic high-magnesium calcite in the exoskeletons of major workers of the leaf-cutter ant Acromyrmex echinatior; they’ve also found that this armor accumulates rapidly as ant workers mature and that the biomineral layer is continuously distributed, covering nearly the entire integument. Their paper appears in the journal Nature Communications.

Leaf-cutting ants, members of the two genera Atta and Acromyrmex, are a lineage that arose within the fungus-growing ants around 20 million years ago.

They inhabit areas from the southern United States to Argentina and serve important roles in carbon and nitrogen cycling.

Each leaf-cutter species has its own mutualist, a fungus, that it grows and cultivates for food and that in turn depends on the ants for food and shelter.

A mature leaf-cutter ant colony comprises a superorganism with 15,000 to 5 million workers, a single queen (in some species may have more than one queen), and complex society with a highly refined division of labor based both on worker size and age.

“Fungus-growing ant colonies, containing both fungal crops and immature ant brood, represent a rich nutritional resource for a wide variety of marauding ant species, including army ants and other known agro-predatory raiders of ant agriculture,” University of Wisconsin-Madison’s Dr. Pupa Gilbert and Professor Cameron Currie and their colleagues wrote in their paper.

“Smaller fungus-growing ant colonies, including those of the genus Acromyrmex, are also occasionally subject to attack by the large-sized soldier castes of the genus Atta, which use their powerful zinc-enriched mandibles to defend their colonies’ territories against other, encroaching ant species.”

“Many species of fungus-growing ants are variably covered with a whitish granular coating, uniformly distributed on their otherwise dark brown cuticles, including, in addition to Acromyrmex echinatior, some species of Trachymyrmex and Sericomyrmex.”

The scientists found that this coating in Acromyrmex echinatior is in fact a mineral layer covering their exoskeleton.

“The layer is composed of euhedral rhombohedral crystals with curved faces, 3-5 μm in size,” they wrote.

“These biomineral crystals are ant-generated rather than adventitiously precipitated from the environment or generated by bacteria.”

Morphological and structural characterization of minerals on the cuticle of Acromyrmex echinatior: (a) Acromyrmex echinatior ant with a whitish cuticular coating; (b) SEM image of ant cuticle with crystalline coating; (c) backscattered electron (BSE) image of a polished cuticular cross-section of an ant; this layer is brighter than the cuticle in backscattered electron mode SEM, indicating that it consists of heavier elements and is continuous, covering nearly the entire surface; (d) BSE image close-up of a polished cuticular cross-section of an ant. Image credit: Li et al., doi: 10.1038/s41467-020-19566-3.

Increased survival of Acromyrmex echinatior workers with biomineralized exoskeletons during aggressive encounters with other ants and reduced infection by entomopathogenic fungi demonstrated the protective role of their biomineral layer.

“Fungus farming in ants originated 60 million years ago in South America when a hunter-gatherer ancestor irreversibly committed to subsistence-scale cultivation of fungal crops for food,” the authors wrote.

“The transition to industrial-scale agriculture occurred 20 million years ago with the origin of the ecologically dominant leaf-cutting ants, in which colony populations are orders of magnitude greater in size and in which physically distinct worker castes enable the complex division of labor, paralleling the similar importance of agriculture in driving the expansion of human populations and the elaboration of human social systems.”

“We show that, in another striking parallel with agriculture-driven human cultural evolution, fungus-growing ants have evolved biomineralized armor that serves, at least in part, both to protect them from other ants, including other fungus-growing ants, in disputes over territory and agro-predatory ants that are known to raid their colonies and to consume their gardens and brood, and protect them from disease organisms that might otherwise spread rapidly in their densely populated colonies.” 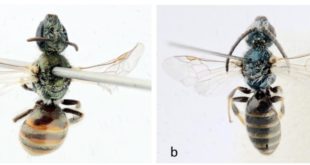 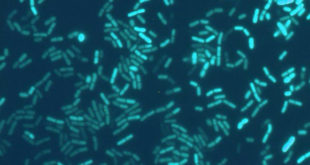 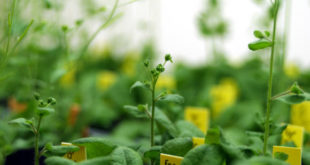 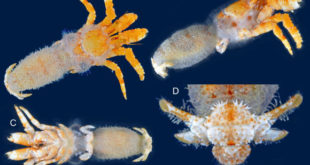