The 39,000-year-old eagle phalange with cut marks from Foradada Cave, Spain: (A) dorsal, medial, plantar, and lateral views of the phalange (from left to right, respectively); (B) detail of the cut marks in the dorsal view and dotted-line squares with the area amplified in photos (C) and (D); (E) detailed photo of all the cut marks after cleaning and restoration. Image credit: Antonio Rodríguez-Hidalgo, IDEA.

“This would be the last necklace made by the Neanderthals,” said Dr. Antonio Rodríguez-Hidalgo, a researcher at the Instituto de Evolución en África (IDEA), Spain.

“Neanderthals used eagle talons as symbolic elements, probably as necklace pendants, from the beginnings of the mid Paleolithic.”

Dr. Rodríguez-Hidalgo and colleagues found several eagle phalanges at the site of Foradada, a small karstic tunnel about 1.8 km from the actual shoreline of the Mediterranean coastline of northeast Spain.

One of the phalanges had at least 12 cut marks on its back side, appearing along approximately two-thirds of the bone’s total length.

“By the looks of the marks, and analogy regarding remains from different prehistorical sites and ethnographic documentation, we determined that the bird was not manipulated for consumption but for symbolic reasons,” they noted.

The specimen is at least 39,000 years old and came from the left foot of a large eagle, likely a species called the Iberian imperial eagle (Aquila adalberti).

“The use of raptor talons in Foradada must be added to the scarce pieces of evidence of symbolism among premodern humans in Europe,” Dr. Rodríguez-Hidalgo and co-authors said.

“The symbolic and non-utilitarian meaning of raptor talons implies that Neanderthals would have had the ability to create and understand fully abstract concepts.”

“The standardization and recurrent use of this kind of element can be interpreted as a nonverbal code and could indicate part of a communicative technology,” they added.

“If we accept this interpretation, then Neanderthals would have had social and cultural structures complex enough to convey the use and meaning of these codes both in time, from generation to generation, and through space.”

“This represents a remarkable advance with respect to our knowledge about the symbolic behavior of the Neanderthals because, in many occasions, such evidences are unique, sporadic, or little standardized facts.”

The team’s paper was published in the journal Science Advances. 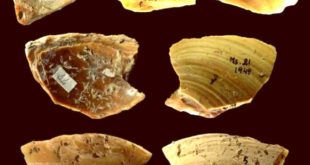 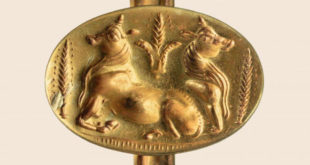 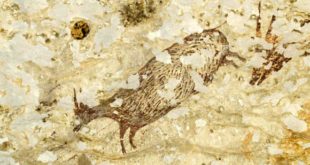 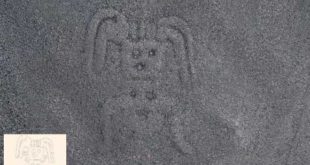 A team of Japanese archaeologists has identified 143 new geoglyphs in the Nazca Desert, southern …