Age is just a number.  In fact, even the word “old” means less and less these days as many of us stay healthy and active well past the traditional retirement age of 65.  Is 80 the new 40?  Or, is 100 a better benchmark age for enjoying life and achieving interesting things?

Preparing for retirement means more than using an award winning retirement planner and making sure you have adequate savings.  You also want to have a plan for how to spend your time.

The following amazing people certainly provide inspiration.  Here are 12 older adults who are really connecting with what they love and doing amazing things that have absolutely nothing to do with their (rather advanced) age.

Two years ago Wang Deshun walked the catwalk in a high profile fashion show.  His performance and his — um… admirable physique — earned him fame and the nickname “hottest grandpa.”

Most people won’t ever run a marathon, but in June 2014, Charlotte, N.C. resident Harriette Thompson completed her 15th—and broke a few records in the process.

At 91 years old, Thompson is the oldest woman ever to compete in the Suja Rock ‘n’ Roll San Diego Marathon and the second-oldest marathon runner in U.S. history. She finished the race in 7 hours, 7 minutes, and 42 seconds to break the U.S. record for the fastest time in her age group. Thompson, a cancer survivor, has been running since 1999 and ran her first marathon at age 76.

Watch the video to see Thompson cross the finish line for her record-breaking run.

At 88 years old, Germany native Johanna Quaas is the oldest active gymnast in the world. Quaas, born in 1925, started doing gymnastics at an early age and participated in her first competition in 1934. Eighty years later, she’s still competing, and her participation in the Turnier der Meister in Cottbus in 2012 notched her an entry in The Guinness Book of World Records as the oldest gymnast in the world. The grandmother and mother of three has been married to Gerhard Quaas, a gymnastics coach, for more than 50 years.

The video below shows the still-spry Quaas executing some training routines.

At the age of 90 and after the death of his beloved wife, World War II veteran Patricia (formerly Peter) Davies decided to start hormone therapy and live her remaining days as the person she always felt she was inside — a woman.

Education is certainly associated with youth.  However, more and more older people are going back and earning degrees.  Paul Siromoni, an esteemed humanitarian, earned a PhD at the age of 90.  At 95 Nola Ochs, a Kansas woman, earned her Bachelor’s degree and then went on to earn a master’s in the age of 98 — even moving into campus dorms.

An Ironman competition involves completing — in one day — a 2.4 mile swim, a 112 mile bike AND a 26.2 mile run (a marathon).  This is difficult in your prime, but Sister Madonna Bruder (she is a Catholic nun) has done over 45 of these races and continues to compete at age 86.

Mount Everest is the tallest mountain in the world and climbing it is a dangerous grueling undertaking.  However, in 2014, Japanese climber Yuichiro Miura reached the summit and became the oldest person to reach the top.  It was his third time reaching the summmit and he recently revealed that he would like to try again at 90!

The oldest woman to summit was Tamae Watanabe who got there at age 73.

Being relatively old and winning a Nobel Prize is not so surprising.  The Nobel is often the pinnacle of accomplishment after years of research.  However, Leonid Hurwicz was still actively publishing at 90, the age when he received the Nobel in economics.

9. Have Fun and Adventure at Any Age

Frank Shearer was an active water skier at age 100.

At 90, Gloria Tramontin Struck still roars around on her Harley-Davidson motorcycle and intends to embark on a cross country trip at 100.

Minoru Saito was 77 when he broke world records sailing around the world alone.  It is not clear what was harder on his journey — the tsunamis, icebergs, massive waves and typhoons or back pain, a hernia, bad knees and other aches and pains we all may be familiar with.

Jerome Defraitus is considered the oldest living professional skateboarder.  He says that “life is too short to stop having fun.”

10. Dance the Night Away

Tango may be a slow dance, however, it requires athleticism, precision and grace not usually associated with a 92 year old woman.  Phyllis Sues defies ideas about age by being an active dancer and yoga practitioner.  (She also happens to love trapeze and jumping out of planes…)

According to the Guinness World Record books, the oldest newlyweds were George and Dorren Kirby who married when George was 103 and Dorren 91.

A couch potato he’s not— this 80-year-old doesn’t just stay active, he participates in CrossFit, a highly intensive group fitness sport popular in the United States and around the world.

Watch the video to check out this for a little inspiration.

Jumping out of a plane is scary at any age, but in 2011, Fred Mack celebrated his 100th birthday by skydiving for the second time. Mack’s first skydiving experience came at age 95, and he followed it up five years later at Free Fall Adventures in Williamstown, New Jersey when he completed a 13,000-foot tandem jump.

Perhaps the centenarian’s fearlessness came from prior experience: he flew planes in the 1930s and also worked as an engineer, helping to design fighter planes during World War II. Skydiving isn’t his only active hobby—Mack was a competitive skier into his 70s and skied all the way into his 90s.

In 2017, Rosemary Smith who was a rally race champion in the 1960s, became the oldest person to drive a Formula 1 car.

What Are Your Retirement Plans?

No matter how you intend to spend retirement, make sure you document and maintain a financial plan that lets you accomplish your goals well into a long healthy life.

The NewRetirement Retirement Planner was named a best retirement calculator by the American Association of Individual Investors (AAII). This easy to use system puts you in the driver’s seat.  You control the inputs and assumptions for personalized and clear input about your finances. 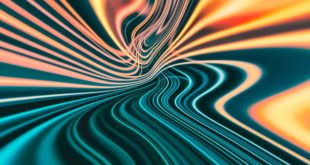 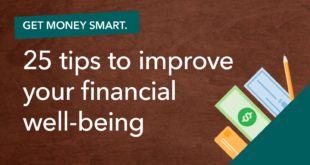 Your Financial Well Being 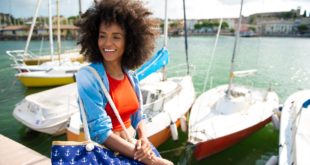 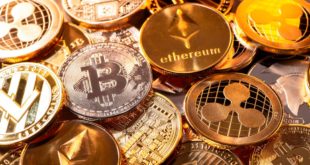 Cryptocurrencies and Your Retirement

My 20-year-old son and all of his college buddies are actively trading cryptocurrencies. They are …