According to new research, spores of the fungus Aspergillus niger are able to withstand higher doses of radiation than previously thought, which can have implications in future planetary protection policies.

This scanning electron microscopic (SEM) image depicts a close up of Aspergillus sp. fungal fruiting body. This reproductive structure is composed of a septate filament known as a conidiophore, which is topped by chains of conidiospores. Image credit: Janice Haney Carr Robert Simmons, CDC.

“Mold has been found growing on the walls of the International Space Station (ISS), revealing its natural presence in the spacecraft habitat. This can be a problem to astronaut health as mold forms spores that are easily spread through the air and can cause respiratory diseases,” German Aerospace Center microbiologist Marta Cortesão and colleagues.

“Moreover, these spores are known to be very resistant to a variety of conditions, including food sterilization techniques. If these spores are able to withstand space radiation they might unintentionally contaminate other planets during exploration and colonization missions.”

To understand if fungal spores are able to survive space travel, Dr. Cortesão and co-authors exposed spores of Aspergillus niger to different kinds of radiation (UV-C, X-rays and heavy ions) in the lab.

Gray is a measure of absorbed dose of ionizing radiation, or joules of radiation energy per kilogram of tissue. 5 Gy is enough to kill a person. 0.5 Gy is the threshold for radiation sickness. A 180-day voyage to Mars is expected to expose spacecraft and their passengers to a cumulative dose of about 0.7 Gy.

“We now know that fungal spores resist radiation much more than we thought they would, to the point where we need to take them into consideration when we are cleaning spacecraft, inside and outside,” Dr. Cortesão said.

“If we’re planning a long duration mission, we can plan on having these mold spores with us because probably they will survive the space travel.”

“Our research also suggests planetary protection protocols designed to prevent visiting spacecraft from contaminating other planets and moons in our Solar System with microorganisms from Earth may need to consider fungal spores a more serious threat.”

The researchers presented their findings June 28 at the astrobiology conference AbSciCon 2019 in Bellevue, WA.

Previous Physicists Teleport Quantum Information inside Diamond
Next DeShone Kizer Looking For Another Path With Packers. 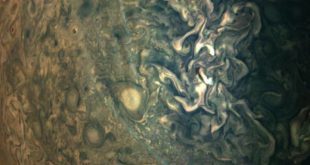 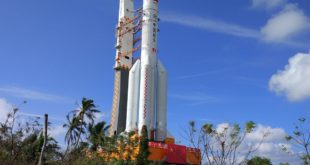 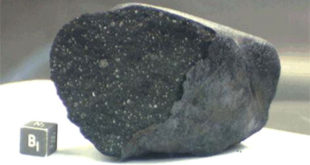