Now that Apple and x86 have made their impending breakup official, attention has turned to when the company made that decision and why. According to an ex-Intel engineer, Apple pulled the trigger as far back as 2015, after it saw how buggy the Skylake CPU and platform were.

Francois Piednoël relayed the story while playing Xplane and streaming on YouTube. According to him, Skylake’s wretched quality assurance (QA) process caused Apple to turn away from Intel and explore its own options.

The quality assurance of Skylake was more than a problem. It was abnormally bad. We were getting way too much citing for little things inside Skylake.

Basically our buddies at Apple became the number one filer of problems in the architecture. And that went really, really bad. When your customer starts finding almost as much bugs as you found yourself, you’re not leading into the right place.

There’s some circumstantial evidence that backs up Piednoël’s point. Paul Thurrott has written that Microsoft ran into massive problems with the Surface Book partly because they were inexperienced and had no idea how difficult the platform would be to debug. That’s all believable, especially given how Consumer Reports later pulled its Surface hardware recommendations on systems produced during this time period.

If you look at Intel’s processor errata sheets for the 6th, 7th, 8th, and 9th processor generations, there are far more entries for Skylake than its successors. This isn’t a perfect method of comparison, for multiple reasons, including the fact that Intel doesn’t always order the bugs the same way and provides so little data, it’s often impossible to judge severity in any meaningful way. Bug 133, for example, is described as: “Executing Some Instructions May Cause Unpredictable Behavior.”

The mind boggles at such a commitment to transparency.

Even with these limitations, the numbers imply Skylake was worse than what followed. The 6th Gen document lists 190 errata, compared with 145 for the Kaby Lake docs and 137 for Coffee Lake. At least a few of these bugs were combined, but spot checks suggest others have been resolved.

In Piednoël’s mind, it was this quality control issue above all else that drove Apple to build its own chips. He says:

So, for me, this is the inflection point. This is where the Apple guys that were always contemplating to switch, they went and look at it and said ‘Well we’ve probably got to do it.’… The bad quality assurance of Skylake is responsible for them forcing themselves to actually go and go away from the [Intel] platform. If they didn’t have this reason that they were actually doubtful that this could be delivered, they would probably not have gone.

I don’t feel like the situation boils down quite that simply. Even if Apple started looking at building its own solution due to the problems it had with Skylake, reports have indicated it didn’t commit completely to the idea until 2018. Clearly, the company was waiting and watching to see what would happen.

Whatever seed of doubt Skylake planted was watered by 10nm delay after 10nm delay. Intel originally expected to ship 10nm in 2015. Then, it slipped to 2018. Then, it slipped to “holidays, 2020.” From a consumer perspective, the impact of these shifts was relatively small, especially prior to 2018. 8th Gen CPUs were well-regarded, on both mobile and desktop. But in other ways, the impact was seismic.

In 2015, Intel had already dominated the CPU industry for two full decades. Its fabs were regarded as the best in the business and they were running a full node ahead of the competition. I have no problem believing that Skylake got the ball rolling, but it was scarcely the only factor.

Intel has never missed on a node as it missed on 10nm, ever. There have to be at least a few people at Apple who remember what happened to the firm when it allowed itself to be chained to a CPU manufacturer that couldn’t deliver the goods. It damn near killed the company.

The third piece of the puzzle is the rapid improvements to the Apple A-series CPU family. Remember, CPUs are finished and taped out a year or more before they actually ship. Even as Apple was evaluating its own ability to match or beat Intel’s performance and power efficiency, it was also watching its own ability to deliver successful CPU designs, one generation after the other.

The most exciting thing about Apple’s plan to transition to its own ARM CPUs is that we’re going to see whether x86 or ARM is faster, after a decade or more of speculation. For decades, certain CPU enthusiasts have groused bitterly that Intel never launched anything better than the x86 architecture. (Intel, for the record, tried).

Now we’ll get to find out what the tradeoffs are when a high-performance ARM microprocessor debuts against the x86 CPUs we’re all familiar with. There are only a handful of companies that could even attempt to take on Intel and AMD in the x86 market. After decades, somebody finally stepped up to try.

I suspect this would have happened, no matter what. In order to assume it wouldn’t have, we have to assume a world in which Intel didn’t just deliver 10nm on time — it delivered 10nm and went on to outpace Apple’s A-series to such a degree that the Cupertino company would never feel it had a chance of catching up.

It’s not clear that would have happened. Post Sandy Bridge, we watched Intel shift to 22nm and 14nm before it hit 10nm roadblocks. SNB was the last major uplift for Intel until Coffee Lake started adding cores in 2017. The company hadn’t shown any interest in increasing CPU core counts until AMD forced it to. It’s completely possible we’d still be looking at the same 2C/4T, 4C/4T, 4C/8T configurations that typified 2011 – 2017 in 2020 if Ryzen hadn’t been as good as it was.

There’s no sign Intel was on some kind of tear before it was derailed by 10nm troubles. Ultimately, I think even stronger year-on-year improvements from Intel might only have postponed the inevitable. It’s not just a question of Skylake’s quality control. It’s everything else that’s happened to Intel over the past five years. 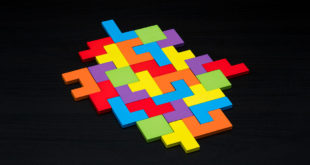 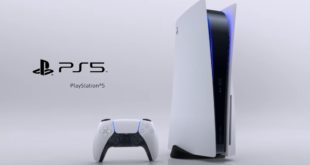 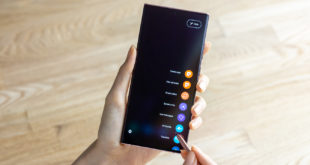