A new image from the High Resolution Stereo Camera onboard ESA’s Mars Express shows the part of Nirgal Vallis, a dried-up river valley on Mars.

Nirgal Vallis lies just south of the Martian equator and was once filled with running water that spread across the planet.

“The part of Nirgal Vallis captured in this image lies towards the western end of the river system, where it is slowly spreading out and dissipating,” the Mars Express researchers said.

“The eastern end is far less branched and more clearly defined as a single valley, and opens out into the large Uzboi Vallis, the suspected location of a large, ancient lake that has long since dried up.”

Nirgal Vallis is a typical example of an amphitheater-headed valley.

“As the name suggests, rather than ending bluntly or sharply, the ends of these tributaries have the characteristic semi-circular, rounded shape of an Ancient Greek amphitheater,” the scientists said.

“Such valleys also typically have steep walls, smooth floors, and, if sliced through at a cross-section, adopt a ‘U’ shape.”

“The valleys pictured here are about 656 feet (200 m) deep and 1.2 miles (2 km) wide, and their floors are covered in sandy dunes; the appearance of these dunes indicates that Martian winds tend to blow roughly parallel to the valley walls.”

The researchers believe that Nirgal Vallis formed in a similar way to morphologically similar valleys we see on Earth.

“As there appear to be no branching, tree-like tributaries feeding into the main valley of Nirgal Vallis, it is likely that water was replenished on ancient Mars by a mix of precipitation and overland flow from the surrounding terrain,” they said.

“The system may also have its roots in a process known as groundwater sapping: when water struggles to travel vertically through a medium, and so instead continually seeps laterally through material in layers beneath the surface.”

“We see this kind of mechanism on Earth in environments where surface material is very fine and loose and thus difficult for water to penetrate — largely silty, sandy, unconsolidated, and fine-grained environments, where lower layers of the surface are permeable and friendlier to water than those above.”

Previous Should you do 100% of your SEO in-house?
Next Humans Have Ability to Regrow Damaged Cartilage, Study Reveals 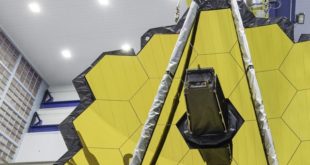 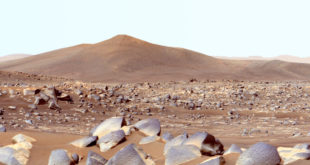 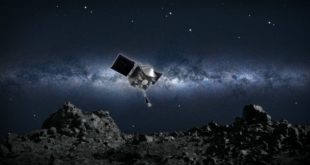 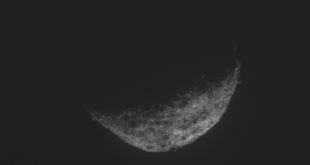 On May 10, 2021, NASA’s OSIRIS-REx spacecraft fired its main engines full throttle for seven …