PlayerUnknown’s Battlegrounds, or PUBG as it’s more commonly known, kicked off the trend of battle royale games when it debuted in 2017. The mobile version has proven extremely popular around the world, but especially in Asia. After months of discussions with the Chinese government, developer Tencent has replaced PUBG with a government-approved alternative. Now, that game has raked in $14 million in its first three days of operation.

The Battle Royale genre is dominant in gaming — PUBG is only the tip of the iceberg. Fortnite from Epic Games has become an even bigger hit than PUBG, but the mobile version hasn’t made the same impact in Asia as it has in the US. Some communities in India have even tried to ban people from playing PUBG Mobile. PUBG Mobile has been available as a beta in China for some time, but the government refused to let the developer monetize it.

Tencent is based in China, so it operates at the whims of Chinese leaders. The developer announced last week that it would shut down the test version of PUBG Mobile in China. In its place, players got “Game for Peace.” The game looks and works almost exactly like PUBG Mobile. Account unlocks and progression even carried over. It’s still a shooter, but the action is framed as an anti-terrorist exercise, and there’s no blood. When you take out another player, they wave at you from the ground so you know they’re okay.

This more “patriotic” version of the game debuted three days ago with government approval to generate revenue via in-app purchases. It almost instantly rocketed to the top of the top-grossing titles in the Apple App Store.

Game for Peace is a China-specific version of PUBG.

An app analytics firm tracking Tencent says the launch has been a huge success. In the first three days of availability, Sensor Tower reports that Game for Peace earned $14 million. That’s roughly six times more than PUBG Mobile made in any other market in the world during that time. That says nothing of Android, which is far more popular in China. It will be difficult if not impossible to accurately gauge revenue from Android as there is no centralized repository of Android apps and games in China (Google doesn’t operate there).

While the changes to make PUBG acceptable to the Chinese government are objectively silly, it’s easy to see why Tencent was willing to comply. The Chinese market is huge, and many consumers there rely on their smartphones for all their media consumption. The free-to-play mobile version of a game like PUBG can make more money than a paid desktop version.

Previous 10 Reasons Why Many Environmentalists Choose Wood Furniture
Next Should Sandy Bridge Users Upgrade? Evaluating the 2600K Against Modern CPUs 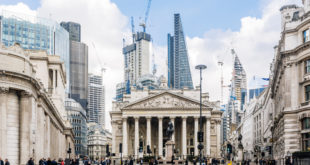