Not enough resolution is one of the most common complaints about the current crop of VR headsets. They’re all more or less roughly 1080p (or 2K), split between the two lenses. So I was really interested when Aukey came out with the Cortex 4K VR headset at $399.99 — substantially below the Rift or Vive. However, while specs are one thing, real world performance is another. I’ve been taking an Aukey Cortex 4K through its paces. So far, my test results have been mixed.

The headset weighs in at 17.6 ounces — an ounce heavier than the Rift and a little over an ounce lighter than the Vive. I found it easy to use over my prescription glasses, which was a nice benefit. The unit is well put together, with side straps and a top strap. You can get it with matching over-ear headphones, that plug into audio jacks on the unit. You assemble those by routing the straps through them. The headset itself is about the same comfort level as a DK2, but not quite as nice as a production Rift or Vive. Some other reviewers complained about the hard-plastic nose piece, but in my case it didn’t actually sit on my nose at all, so it didn’t bother me.

Cable-wise, the Cortex 4K has an HDMI and a USB cable. The USB cable is apparently fine going into either USB 2 or USB 3 ports. Before you start using the headset, you need to download and install the Piplay software. It includes drivers for the device, as well as an intermediate layer that allows it to work with some Steam and Oculus-native titles, and access to the Piplay library of 3D and 360-degree content. Once I disconnected my Oculus headset, the Piplay software recognized the Cortex 4K immediately. It automatically prompted me to update its firmware, which was quick and painless. One quick tip is that for full functionality, you’ll want to launch Piplay as Administrator.

The unit has 1000Hz dual gyroscopes, and an acceptable 110-degree field of view. It can operate at up to 60fps (or up to 90fps in async mode). However, the gyros have an 18ms response, which may have contributed to the motion issues I felt while using it. It appears to be essentially equivalent to the Pimax 4K headset, and uses the same software. It can operate in Video mode (extended display), Direct Mode (more modern interface where applications can drive it directly), and Pimax mode (which is an enhanced version of Direct Mode that helps it do its emulation of other headsets).

If you need to access the support resources, you’ll find that many of them are in Chinese. Fortunately there is an active user community, so answers to many common questions can be found by searching, but Aukey clearly hasn’t invested much in polishing its user experience for the English-speaking market.

For image quality, 4K matters, but it isn’t all that matters

The good news is that 4K resolution really does help eliminate the “screen door” (visible pixels) problem that is common with typical 2K VR headsets. However, the image on the Cortex isn’t as bright as the ones I’m used to seeing on a Rift or Vive. Image quality also seemed to fall off faster towards the edges, but that’s pretty subjective. In some cases, there was also a subtle vertical banding, but I couldn’t pin down what caused it to be visible in certain games or videos and not others.

The biggest single drawback of the Cortex 4K is that it doesn’t have full motion tracking. The internal sensors can follow rotation, but there is no tracking of left-right, forward-back, or up-down motion of your head. You can use your game controller to manually move yourself, but of course that isn’t the same thing as moving around and having your virtual presence move with you. That means the Cortex is best suited for 360-degree content (which I’m defining here as content that has a fixed perspective), including photos and videos.

The biggest problem I had using the Cortex 4K was an almost instant queasiness when starting a game. I had a hard time finishing more than a couple laps in Project Cars, for example. With an Oculus Rift, I can drive for 20 or 30 minutes without any real issues. Part of the problem seems to be lag. The headset is rated as 60fps, the same as a DK2, which doesn’t have this issue. But it definitely feels like it lags more, and movement seems little more jerky. The lack of full motion tracking probably also contributes.

This problem is pronounced for any kind of motion-based gaming. Now, I’m definitely on the wimp side of the VR gaming scale when it comes to motion issues, so for hard-core gamers there may not be a problem. But for most people, the Cortex 4K will probably be more useful for entertainment (360 videos and 3D movies) than for any kind of serious gaming.

High marks for Steam and Oculus support, but 4K content is lacking

My testing of Steam and Oculus titles was definitely not conclusive or exhaustive, but most of the ones I tried seemed to run fine — with the limitation that you don’t have motion tracking or touch controllers, of course. I wanted to check out Realities.io, as it features highly-immersive environments, but couldn’t get it to run with the Aukey. As I mentioned above in the content section, though, the native Oculus and Steam titles are aimed at 2K VR headsets, so don’t expect a big jump in image quality simply from looking at them on a 4K display.

Without question, the 4K image of the Cortex 4K helps eliminate the “screen door” effect you can see with typical 2K headsets. But that by itself doesn’t improve the apparent image resolution. While the headset does automatically upscale the image to 4K, it isn’t good enough to provide the quality of true 4K source material. Since the other major headsets are only 2K, almost all the online content aimed at VR users is currently only available in 2K (or less) resolution. There is apparently also a driver and HDMI spec issue that makes it difficult to get 4K experiences in full resolution to the headset. Aukey is actively working with Nvidia on solutions.

The device’s native PiPlay library’s videos are a worst-case example of the content issue. Most of the videos there are homemade and look to be less than 1080p. As a result, they’re unimpressive. The library’s collection of 3D movies is better, but they aren’t full 360-degree content, and only play in the older Video mode that treats the headset as an extended display. Video in Steam and Oculus apps is definitely less pixelated than when viewed through an Oculus or Vive, but certainly didn’t look like it was using the full 4K resolution natively. In racing games, for example, I had a better sense of detail in the distant background, but it wasn’t a dramatic difference.

Is the Aukey Cortex 4K right for you?

In my opinion, gamers are better off saving up for a Rift or Vive with full motion tracking and touch controllers. Especially with the recent Rift price cuts, it isn’t that much more money. You’ll also get a more polished user experience. However, budget-conscious users who want to experiment with VR for entertainment and would like to get something more powerful than a Samsung Gear VR can save some money and get a higher-resolution experience with the Cortex 4K. Interestingly, the company is already teasing a Kickstarter for its Cortex 8K, which will also feature full motion tracking. 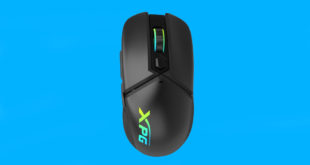 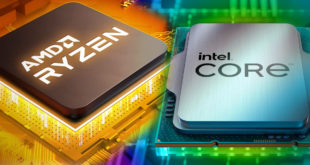 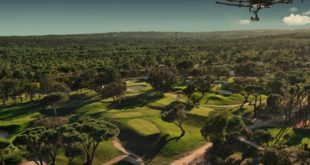 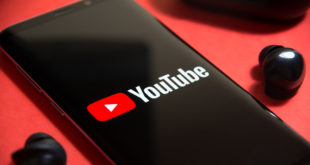