Kingston’s new KC2000 series SSDs were designed to tackle the high-end consumer SSD market. With capacities available up to 2TB in size and read/write speeds as high as 3,200/2,200MB/s, this drive has the potential to play a major role in the SSD market. But so far, the drives are off to a rough start.

use 96-layer 3D TLC Kingston NAND that connects to an SMI 2262EN controller. This controller features Silicon Motion’s NANDXtend ECC technology, which helps to keep data secure by preventing read/write errors. The drive also supports 256-bit XTS-AES encryption. These features make the drive better suited for business use, where the loss or theft of data could have serious consequences.

These drives have average endurance ratings that match up with what we’ve seen from other 3D TLC NAND products in the past. In short, for each 250GB of NAND, the drive is able to handle 150TBW before failing.

Our sister site PCMag ran a 1TB model of Kingston’s KC2000 through its usual quartet of benchmarks alongside three competing products from Adata, Samsung, and Western Digital. In the first test using PCMark 8 Storage test, we see virtually no difference from one drive to the next.

Stepping things up with Crystal DiskMark 6.0 we start to see some deviation between the competing drives. In the sequential read/write test, Kingston’s KC2000 places second while reading data and last while writing it. It’s worth noting that the KC2000 actually exceeds its maximum reported read/write performance. The same can’t be said for the other tested drives, all of which come in below their rated performance.

Reading and writing random 4K chunks of data is a weakness of this drive. It doesn’t come in dead last in this test, but its performance results leave much to be desired.

Finally, there’s pricing. The 1TB model PCMag tested has an MSRP of $201.50, and strangely, it’s currently available for a higher price of $218.06 from Amazon. Unfortunately for Kingston, SSD prices have been trending downward, so that’s somewhat high for a 1TB SSD at the moment.

The 1TB model of Samsung’s 970 Evo is similarly priced but offers better performance in most scenarios. The Adata XPG SX8200 Pro 1TB is significantly less expensive at $134.99, and it also supports ECC technology. 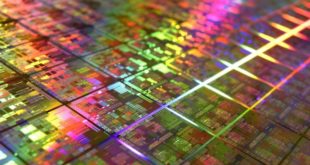