Apple’s rumored 16-inch MacBook Pro is out today. It’s a touch thicker, a touch wider, and it gets rid of one of Apple’s most-disliked and broken products over the past few years — the butterfly switch keyboard. After multiple attempts to fix the design, Apple is getting rid of it. The keyboard has been one of Apple’s most controversial changes, with keys that can jam on a single grain of dirt and an incredibly expensive repair process (until Apple started fixing them for free).

“Apple refers to its new board as the Magic Keyboard, whose name and physics are derived from the standalone keyboard that comes with the iMac and iMac Pro,” according to our sister site PCMag. “Travel distance is improved, to 1mm, and there’s a new rubber dome that complements the butterfly switch. Apple says the overhaul maintains the extraordinary stability of the previous board while preserving more potential energy, resulting in a more satisfying key press.”

Key responsiveness has been generally described as a cross between the butterfly keyboard that Apple used to use and a more traditional design. PCMag described the experience has “ordinary,” but thought that might be an improvement over the “jarringly shallow” design on the MacBook. Speaking personally, I always found the reliability issues far more concerning than the key response. Key response can make or break a keyboard as far as how much you like it, but I don’t need to like a keyboard to use it. I do, however, require it to continue responding to keypresses.

The new keyboard layout, with the Escape key and modified arrow keys. Image by Apple.

While the number beside the name is going up, don’t expect the 16-inch MacBook Pro to feel terribly different than the 15.4-inch MacBook Pro. According to Mark Gurman, the screen is only about 4 percent larger (and measured 15.4 inches previously). Some of the improvement is coming from thinner bezels, allowing the display to grow without using a physically larger panel. The new resolution of the display is 3072×1920, up very slightly from the previous 2880×1800. This change modestly improves the display’s PPI, from 220 PPI to 226 PPI. The display offers up to 500 nits of brightness and support for the DCI-P3 color gamut.

Other changes include a range of spec bumps, including storage options up to 8TB, with 512GB standard on the $2,399 model. AMD’s upgraded 5000M GPUs, based on its RDNA architecture, are also now available. The 5500M is a 24CU part with up to 1,536 stream processors, while the 5300M is a 20CU part with 1,280 stream processors. Both chips use a 128-bit memory bus, with the 5500M fielding up to 8GB of RAM and the 5300M using up to 4GB. These GPUs should have solid horsepower for professional and gaming tasks. Our evaluation of RDNA performance in professional applications suggested the GPU competed favorably against rival architectures from both AMD and Nvidia.

Laptop audio quality is rarely a strong point of any laptop, but Apple’s 16-inch MacBook Pro supposedly shines here as well, with what PCMag calls “the most robust bass I’ve ever heard from any laptop speakers.” Finally, the thermal solution has supposedly been improved to support both the Radeon and Core i9 options. Hopefully, we won’t see a repeat of the thermal issues that plagued the Core i9 when that platform was introduced.

PCMag has additional details on a few items we didn’t touch on, like the tweaked keyboard layout. Overall, the 16-inch MacBook seems like a coat of polish on an existing product rather than an all-new design. Here’s hoping it avoids the keyboard issues that bedeviled multiple generations of its predecessor. 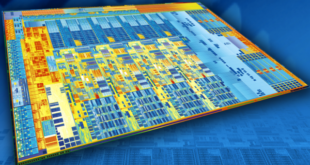 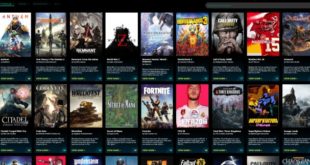 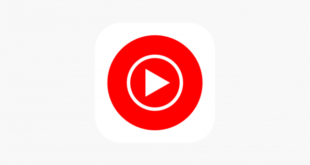