On the evening of Sept. 13, something hit Jupiter, producing an explosion and a flash of light visible even to amateur astronomers with off-the-shelf telescopes. Now, the hunt is on to figure out what the impactor could have been.
The collision was first reported by Brazilian amateur astronomer José Luis Pereira, and confirmed a day later by Harald Paleske from Langendorf, Germany. In a stroke of fortune, Paleske had been taking a video of the transit of Io’s shadow when the impact appeared as a two-second flash:

Pereira alerted the astronomy community immediately, and the Twilight Bark echoed around the world through forums, social media, and the DeTeCt software/project. It transpired that the impact had also been detected by an organization of French amateur astronomers with the Société Lorraine d’Astronomie (SLA) through a 62cm telescope. Another high-altitude French observatory at Saint-Véran was also capturing the transit of Io’s shadow when it picked up the flash. Meanwhile, Paleske determined that the impact happened at Jovian latitude 106.9° (CM1), longitude +3.8°, and timed it to 22:39:27 UTC on Sept. 13. Reports are pouring in with still images and video. The SLA sent their data to Marc Delcroix, a Senior Research Scientist at the NTT Communication Science Laboratories’ Media Information Laboratory in Kyoto, Japan who maintains the DeTeCt software/project. Delcroix, in turn, has been collecting and presenting evidence from the whole amateur and professional astronomy community in a running summary of observations.
We’re not certain what it was, but there are clues. According to Delcroix, collaborators have not found traces of the impact in the methane absorption band, which constrains the object’s diameter to 20 meters or so: bigger than a school bus, smaller than a blue whale. If it was any larger, it would have kicked up more turbulence in the atmosphere, and possibly even a splash from Jupiter’s strange, slushy pseudosurface. One strong candidate for the identity of this impactor is something like Shoemaker-Levy 9. It is thought that this impactor is a remnant of something larger, perhaps a comet or asteroid which broke up after being captured by Jupiter’s gravity. Also, this may actually be the brightest impact flash since SL-9, which indicates that it is an object of considerable mass. Delcroix said, “The amount of energy released, the dynamic of the impact, the physical characteristics of the body will be looked for by careful scientific study of the lightcurves of the event derived from the amateur videos.”
Anyone who captured images or video of the event is welcome to contact Delcroix, whose contact information is provided at the end of his summary of observations. This impact is indexed by the DeTeCt project, and even mere mortals who watch the planets for pleasure with backyard telescopes are enthusiastically invited to participate.
Now Read:
Subscribe Today to get the latest ExtremeTech news delivered right to your inbox.
© 1996-2021 Ziff Davis, LLC. PCMag Digital Group
ExtremeTech is among the federally registered trademarks of Ziff Davis, LLC and may not be used by third parties without explicit permission.
We strongly encourage you to read our updated PRIVACY POLICY and COOKIE POLICY. 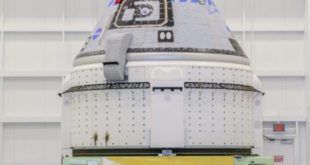 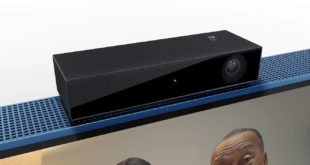