We hear a lot about how to choose a solution for your martech stack, but less about what you do once you’ve made a decision. At the recent MarTech virtual event, one session took on that topic: “So, you have a new CDP… Now what?”

“We chose a vendor, everything’s going to be awesome,” said Ben Thompson, director of e-commerce analytics and tag management for Bluestem Brands, the parent of Fingerhut. “But it doesn’t always go that smoothly, does it?”

Even after Bluestem committed to adopting Tealium’s Audience Stream CDP, Thompson described a situation in which key stakeholders were anything but enthusiastic about getting the technology into place.

“We had some pretty strong internal resistance to the CDP,” said Thompson. Bluestem’s IT group wanted to maintain tight control over the data and the processes around it; the legal department was worried about GDPR and CCPA. So Thompson shared how Bluestem overcame these challenges and explained what he learned along the way.

Before you adopt a technology, there’s likely someone at your company whose job it is to perform the ugly, ungainly process of bringing together data and making sense of it before it can be used in marketing.

Here’s how Thompson described the status quo at Bluestem: “The usual process for one of these campaigns, whether it’s email, social or other media looks like this — you have all of these silos, and you need to get something from each of them. So what you’re going to do is you’re going to query it and combine it using SAS SQL or whatever your favorite tool is. You’ll export it from there. You’re going to move the file around on FTP sites, etc. You’re going to import it into another system.” Then and only then could you activate and run the campaign that you were planning.

“For us, assembling campaigns like this meant we needed to invest a lot of time and money just to create a one-off campaign that didn’t help us build a unified [customer] profile,” said Thompson. “It required skilled coders. And finally, it was just plain slow.”

At Bluestem, the person in charge of social media was performing that process, and you might think he would feel threatened by a new technology coming along to take over. Instead, advised Thompson, you need to enlist that person to help identify what data elements should be included in the CDP. That person was also key to helping measure and evangelize the great results achieved by the technology, given all the time saved. In Bluestem’s case, said Thompson, they saved that person 40 days every year by automating the process of gathering the targeting list. And he got to spend his time perfecting the social media presence instead.

The second important element Thompson described is the assembly of use cases to prove the value of the technology.

“Someone in your marketing org has wanted to do something awesome for a long time, but has probably hit technical walls,” said Thompson. At Bluestem, they wanted to identify people who had abandoned a cart or performed a similar activity, then email them a custom 10% discount that could only be used by the recipients. But it wasn’t possible with their existing tech stack.

“Audince Stream’s Webhook integration talking to our internal promo service was able to accomplish this,” said Thompson. “So now, when you abandon on Fingerhut.com Audience Stream sees that, tells our promo service to tie you, tells our ESP to email you that promotion. And we have a happy customer who can come back and complete their purchase with a nice discount that’s not going to get out to the masses.”

This single use case brought many in Bluestem’s marketing organization onto the CDP bandwagon, because it was something they’d wanted to accomplish for a long time.

Thompson described how accomplishments like this helped win over key decision makers who’d been preventing the project from moving forward.

As you roll out the solution within your organization, Thompson recommended assembling a steering team that’s accountable for providing regular updates to stakeholders and leadership.

Thompson recommended that this group have a couple of marketing folks, including a key decision maker. Additionally, you’ll want team members from web development, legal and email operations, as well as whoever is running display and social campaigns and whoever is running the website from day to day.

To be able to fully utilize a solution like a CDP, you need to clean up and organize your data. Specifically, Thompson advised looking for data that isn’t used or isn’t accurate, and eliminating any stray sources of PII that could cause trouble down the line.

Then you want to design the framework for bringing in data, including offline data. The person who was performing the manual processes previously will be a great resource in this stage.

“Avoid being tempted to just toss everything in, as it will cost you more,” he said. “And you’ll have a lot of information just sitting there that you may not use.”

“So you’ve done a lot of work to line up your quick wins, build a strong steering team, you’re actually firing up a few use cases and development,” said Thompson. “Make sure that along the way, you’re really showing these results to your stakeholders and your partners.”

Thompson said Bluestem developed some key reports that could be shared widely to help gain momentum around the implementation of the CDP.

Once you’ve gotten some quick wins under your belt, it’s important to continue innovating.

“It’s easy to rest back on the initial wins that you’ve had,” said Thompson.
But it’s really tricky to think of new ways to win with your CDP.”

Thompson said Bluestem had been successful with personalizing their homepage based on a shopper’s previous behaviors, so they’re shown products they’ve demonstrated their interest in.

“So we took this building block and let it shape some new use cases,” Thompson said.
“We took those audiences and actually started shaping whole campaigns around them. We made cold weather campaigns for people who were fans of coats, fireplaces, boots, other wintery gear. We also made a toy campaign for anyone who our model said could be toy buyers or who Audience Stream had seen browse or buy them in the past. And we made a cleanup event targeted at customers who are browsing tools.”

“We continue to run these campaigns and shape new ones as we’ve improved bounce rates,” Thompson continued. “We’ve improved our revenue per visits or funnel depth from all of these.”

Thompson also recommended evolving the steering team over time, tackling new channels, and introducing the CDP to different departments within the company. As you do that, he suggested you develop a ticketing system to handle all of the incoming requests.

“Make sure, especially early on, that you sit down and walk through step by step with the requester,” so you understand what they’re looking to achieve, advises Thompson. “So many people think of the CDP as the magic box because you’ve done some magic things with it. And they’d be surprised at how many options they have and how specific their requests may need to be.”

Finally, Thompson encouraged marketers to continue to explore the functionality within the CDP, noting that tools he wasn’t even aware of initially — Audience Sizing and Jobs — have become his favorite features. 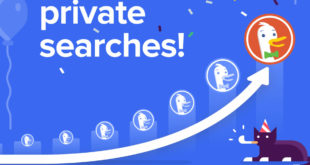 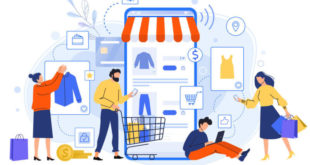 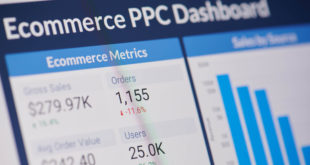 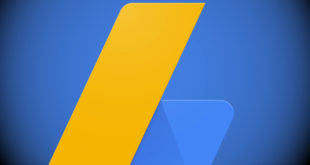