Picture yourself swimming out in the ocean and then suddenly you are being sucked down into a huge, tumbling underwater waterfall!

If you ever visit an island called the Republic of Mauritius, swimming too far out to sea could make this terrifying tall-tale a reality.

Well almost, it’s actually only an illusion…but it looks totally real, and not to mention cool!

Like a painting created by mother nature herself, the island of Mauritus is located 2,000 kilometers from Africa’s southeast coast, near Madagascar.

Just off Mauritius’s coast the amazing waterfall illusion captivates people from all over the world.

The reason for the island’s famous waterfall illusion has to do with local sand and silt deposits that flow through the area and fluctuate the color of the water so that it appears like a waterfall heading to who knows where.

From the views all around this dreamscape island the waters look cool, but helicopter rides and aerial shots provide the most visually stimulating appeal.

To see for yourself, check out these stunning images of the waterfall illusion just off Mauritus island.

Which leaves me to wonder–for how long did people think it was an underwater waterfall before realizing otherwise?

Even Google Maps has captured class-A photography of the picturesque location.

From satellite positions, the waterfalls still appear to be real.

In 975 AD the Arabs discovered Mauritius, with its gorgeous lush island and very own underwater waterfall.

Then again around 1510, the island was discovered; this time by Portuguese explorers.

Since its discovery, Mauritius has gone through many hands, belonging to the Dutch, French, and British at different times.

The entire island is on its own time, something that makes the place all the more enchanting.

In a way, this island sort of reminds me of the most beautiful prankster ever–with her fake underwater waterfalls and a time zone all her own.

Photos that pan further out of the island show that the entire surrounding oceans are dotted in numerous colors, ranging from teal, to dark blue, and white.

Visuals looking off of the island and out into the waters prove incredible, all of the colors splash together to create a whirlwind of activity and life.

The number of underwater coral reefs here continue to grow and flourish, providing divers with an unmatched view of underwater life.

The sand that contributes to the waterfall illusion is pulled by the currents of the ocean all the way from the higher coastal shelf and down into the deeper waters, located further out to sea.

As the sand-infused water passes through this break, the illusion of a waterfall is created.

Both Mauritius Island and it’s underwater waterfall are not very old.

In fact, the entire island and surrounding waters are very new when considered on geological timescales.

From afar on a map it only looks like a dot, but the island of Mauritius is 720 square miles, with 330 miles of scenic coastline.

One of the most beautiful islands in the Indian Ocean, the underwater waterfall makes Mauritius Island all the more majestic.

Up close and personal the wonders continue, with some of the world’s rarest species calling this island home.

The island of Mauritus itself is a fun place to visit. It offers luxury tourist accommodations paired with a small-town feel that many popular destination islands lose.

Besides the incredible underwater waterfall, there are golf courses, shops, restaurants, spas, and bars worth checking out.

Although I dare say, the most spectacular sights you’ll see are outside for free!

What do you think of this underwater waterfall illusion?

The post Absolutely Stunning Illusion of an Underwater Waterfall in Mauritius appeared first on The Powerful Mind. 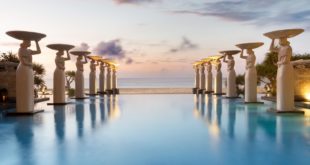 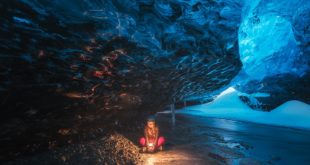 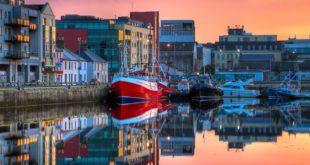 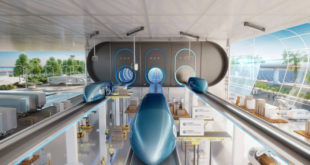 Imagine taking a trip from Cape Town to Johannesburg in simply 90 minutes, with the …