An international team of archaeologists has unearthed a Neolithic water well made of oak trees at the northern border of the town of Ostrov in the Czech Republic.

“Today, over 40 Neolithic water wells are known in Europe,” said Mendel University researcher Michal Rybnicek and his colleagues from the Czech Republic and Germany.

“These wells represent the oldest dendrochronologically dated wooden structures in the world.”

“It is the third well from the Early Neolithic period that has been discovered in the Czech Republic within the last four years.”

The Ostrov water well was excavated in 2018 during the construction of a motorway in the East Bohemian region of the Czech Republic.

“A chest-like well lining was formed by four oak corner posts, each with two longitudinal grooves, set at 90 degrees to each other, in which oak planks were inserted horizontally in seven layers,” the archaeologists said.

“The well filling was poor as regards archaeological finds,” they added.

“Only the upper parts yielded one clay container and a fragment of an antler. Only exceptionally, small fragments of ceramics were found in the remaining parts.”

The researchers took samples from 21 of the wooden elements of the well for a dendrochronological analysis.

“The excellent conservation of the timbers from the well under waterlogged conditions allowed a detailed description of the structure and dating with dendrochronological as well as radiocarbon methods,” they noted.

They found that the oak trees (Quercus spp.) used for the Ostrov well were cut between 5256 and 5255 BCE.

“Comparing the structure of the Ostrov well with examples of carpentry from later periods raises nothing less than admiration for the perfectly precise work,” they said.

“This is not only the oldest discovered wooden well in Europe but also the oldest dendrochronologically dated archaeological wood in the world.”

The team’s paper will be published in the March 2020 issue of the Journal of Archaeological Science. 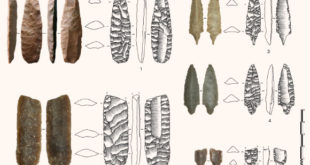 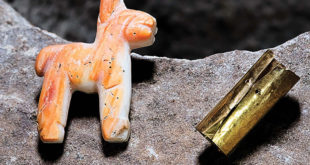 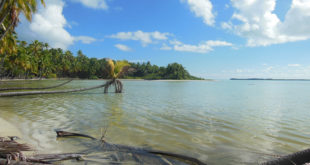 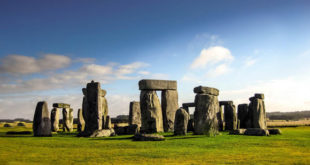