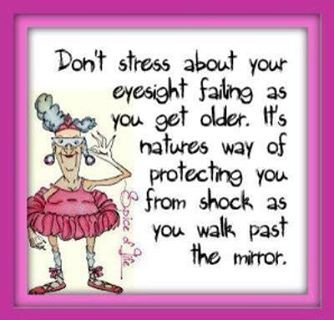 Funny Quotes About Getting Older

“Aging seems to be the only available way to live a long life.” Kitty O’Neill Collins

“It’s paradoxical that the idea of living a long life appeals to everyone, but the idea of getting old doesn’t appeal to anyone.” Andy Rooney

“You know you’re getting old when you stoop to tie your shoelaces and wonder what else you could do while you’re down there.” George Burns

“There is a fountain of youth: it is your mind, your talents, the creativity you bring to your life and the lives of people you love. When you learn to tap this source, you will truly have defeated age.” Sophia Loren

“By the time you’re 80 years old you’ve learned everything. You only have to remember it.” George Burns

“The really frightening thing about middle age is that you know you’ll grow out of it.” Doris Day

“How old would you be if you didn’t know how old you was?” Satchel Paige

“People ask me what I’d most appreciate getting for my eighty-seventh birthday. I tell them, a paternity suit.” George Burns

“Those who think they have no time for bodily exercise will sooner or later have to find time for illness.” Edward Stanley

“If I had known I was going to live this long, I’d have taken better care of myself.” Anonymous

Some guy said to me: ‘Don’t you think you’re too old to sing rock n roll?’ I said: ‘You’d better check with Mick Jagger.’” Cher

“I don’t feel old. I don’t feel anything until noon. Then it’s time for my nap.” Bob Hope

“Birthdays are good for you. Statistics show that the people who have the most live the longest.” Larry Lorenzoni

“You are only young once, but you can stay immature indefinitely.” Ogden Nash

“Old age is an excellent time for outrage. My goal is to say or do at least one outrageous thing every week.” Maggie Kuhn

“You can’t help getting older, but you don’t have to get old.” George Burns

I feel about aging the way William Saroyan said he felt about death: ‘Everybody has to do it,’ but I always believed an exception would be made in my case. Martha Beck

“Today is the oldest you’ve ever been, and the youngest you’ll ever be again.” Eleanor Roosevelt

“Old age is always fifteen years older than I am.” Oliver Wendell Holmes

“Old age is like everything else. To make a success of it, you’ve got to start young.” Theodore Roosevelt

“but one loses, as one grows older, something of the lightness of one’s dreams; one begins to take life up in both hands, and to care more for the fruit than the flower, and that is no great loss perhaps.” W.B. Yeats

“The afternoon knows what the morning never suspected.” Robert Frost

“A man is not old until regrets take the place of dreams.” John Barrymore

“Age is an issue of mind over matter. If you don’t mind, it doesn’t matter.” Mark Twain

“The wiser mind mourns less for what age takes away than what it leaves behind.” William Wordsworth

“There is a fountain of youth: it is your mind, your talents, the creativity you bring to your life and the lives of people you love. When you learn to tap this source, you will truly have defeated age.” Sophia Loren

“Do not grow old, no matter how long you live. Never cease to stand like curious children before the great mystery into which we were born.” Albert Einstein

“Aging is an extraordinary process where you become the person you always should have been.” David Bowie

“As soon as you feel too old to do a thing, do it.” Margaret Deland

“Aging is not ‘lost youth’ but a new stage of opportunity and strength.” Betty Friedan

“For the unlearned, old age is winter; for the learned, it is the season of the harvest.” Hasidic saying

“I suppose real old age begins when one looks backward rather than forward.” Mary Sarton

“Of all the self-fulfilling prophecies in our culture the assumption that aging means decline and poor health is probably the deadliest.” Marilyn Ferguson

“Those who love deeply never grow old; they may die of old age, but they die young.” Ben Franklin

“Anyone who keeps the ability to see beauty never grows old.” Franz Kafka

“The trouble is, when a number—your age—becomes your identity, you’ve given away your power to choose your future.” Richard J. Leider

“Getting old is like climbing a mountain; you get a little out of breath, but the view is much better!” Ingrid Bergman

“My physical body may be less efficient and less beautiful in old age. But God has given me an enormous compensation: my mind is richer my Soul is broader and my wisdom is at a peak. I am so happy with the riches of my advanced peak age that, contrary to Faust, I would not wish to return to youth.” Robert Muller

“Grow old along with me! The best is yet to be.” Robert Browning

“He who is of a calm and happy nature will hardly feel the pressure of age, but to him who is of an opposite disposition, you and age are equally a burden.” Plato

“Laughter is timeless. Imagination has no age. And dreams are forever.” Walt Disney

“Old age isn’t so bad if you consider the alternative.” Maurice Chevalier

“Life is like a roll of toilet paper. The closer you get to the end, the faster it goes.” Anonymous

Quotes About Aging and Beauty

“My face carries all my memories. Why would I erase them?” Diane Von Furstenberg

“I don’t plan to grow old gracefully. I plan to have face-lifts until my ears meet.” Rita Rudner

“Aging gracefully is about no heavy makeup, and not too much powder because it gets into the wrinkles, and, you know, to not get turtle eyelids and to not try to look young.” Iris Apfel

“There is nothing more aging than misery.” Michelle Pfeiffer

“Something pretty… that’s just the surface. People worry so much about aging, but you look younger if you don’t worry about it.”  Jeanne Moreau

“My advice: Don’t waste so much time worrying about your skin or your weight. Develop what you put your hands on in the world.” Meryl Streep

“Anyone who stops learning is old, whether at twenty or eighty. Anyone who keeps learning stays young. Henry Ford

“Wrinkles should merely indicate where the smiles have been.” Mark Twain

“Time may be a great healer, but it is a lousy beautician.” Anonymous

The most famous quote about aging is that

And , it turns out that there is ample scientific evidence to support that!  Here are a couple of the many different research examples:

Reminder: Make Sure You Can Fund a Long Life!

The NewRetirement Retirement Planner makes it easy to figure out your path to a secure future.  This do it yourself system is comprehensive, reliable and completely personalized.

Tags about funny getting older quotes 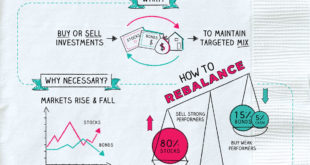 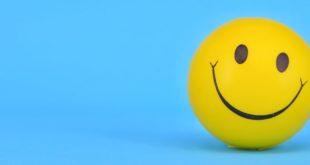 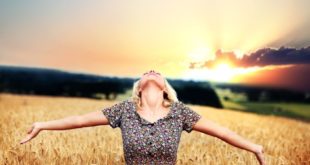 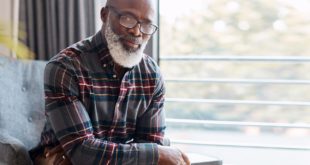 This has been a year like no other. As you prepare to say a big …