Paleontologists from the University of Missouri have discovered the well-preserved digestive tracts in the fossils of microscopic animals called cloudinomorphs. The worm-like animals lived during the Ediacaran period, some 550 million years ago.

“Not only are these structures the oldest guts yet discovered, but they also help to resolve the long-debated evolutionary positioning of this important fossil group,” said Dr. Jim Schiffbauer, a researcher in the Department of Geological Sciences and the X-ray Microanalysis Core at the University of Missouri.

“These fossils fit within a very recognizable group of organisms — the cloudinids — that scientists use to identify the last 10 to 15 million years of the Ediacaran period.”

“We can now say that their anatomical structure appears much more worm-like than coral-like.”

The cloudinomorph fossils studied by Dr. Schiffbauer and colleagues were recovered from the Wood Canyon Formation, Nye County, Nevada, the United States.

The scientists used micro-CT imaging to produce digital 3D images of the specimens.

“With CT imaging, we can quickly assess key internal features and then analyze the entire fossil without potentially damaging it,” said Dr. Tara Selly, also from the Department of Geological Sciences and the X-ray Microanalysis Core at the University of Missouri.

The team was able to identify the fossilized soft tissues within the external tubes of the cloudinomorphs.

“Although alternative interpretations are plausible, these internal cylindrical structures may be most appropriately interpreted as digestive tracts, which would be, to date, the earliest-known occurrence of such features in the fossil record,” the paleontologists said.

“If this interpretation is correct, their nature as one-way through-guts not only provides evidence for establishing these fossils as definitive bilaterians but also has implications for the long-debated phylogenetic position of the broader cloudinomorphs.”

The results were published in the journal Nature Communications. 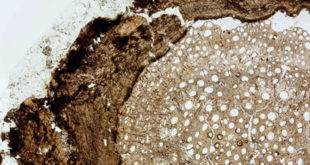 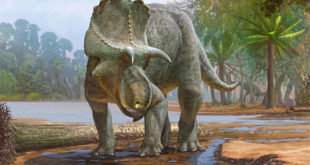 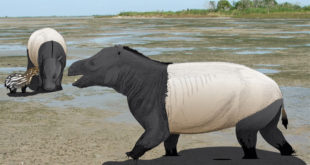 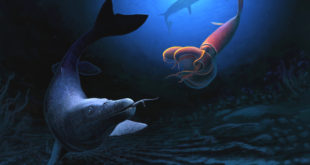