Green living is one aspect of life that’s been making waves in the past few years, and a sizeable portion of the world’s population has fully embraced it as the ideal way to live. Even though this group of people may not seem large enough, studies have shown that it’s big enough to make a small difference to the overall mindset of the general population.It may take several years for that change of mindset to occur, but nonetheless, no one can deny the fact that change is certainly on its way.Of course, employing this sort of lifestyle in our day-to-day lives is anything but easy. Throughout the majority of cultures, one of the main factors that we value more than anything is tradition. Every culture has its own array of traditions that not only bring about a sense of comfort in most families, but also bridge the gap between generations. People are so particular about certain rituals, traditions and customs that they end up being passed from generation to generation for decades and centuries on end.

But the uncomfortable truth of the matter is that many of the traditions we hold dear are proving to be highly toxic to the environment at large. People must realize that the world is a very different place than it was in the past, and that the same traditions can’t be enjoyed without acknowledgment that they’re harmful to the environment.

Below are five examples of long-held, highly valued traditions that are capable of causing serious harm to the physical world we live in.

Letting off fireworks is one of the most popular ways of celebrating anything and everything, from various cultural festivals to New Year’s across the globe. Air pollution is the most obvious negative effect coming from this practice, but even land pollution arising from excessive debris—as well as the danger of wildfires—are important factors to keep in mind.

Even though using these lanterns has been one of the most beautiful traditions around, they’ve actually caused wildfires, to a considerable extent. Plus, they take a significant amount of time to decompose, and the wire frames are quite harmful to any animals in the forest.

This may sound strange at first, but many of us are unaware of just how many trees are cut down to create a burial ground. Apart from being a terribly irresponsible waste of wood, each burial vault itself doesn’t decompose, and modern cemeteries guzzle tremendous amounts of water each day so they can remain appealing to look at.

Although artificial trees don’t require any water, they don’t decompose, and they also end up spewing harmful pollutants into the atmosphere during their production. However, certain recyclable options are available, so it’s a good idea to try them out.

Diamond mining has taken a heavy toll on much of the environment of South and West Africa, leading to rivers changing course, groundwater depletion and the uselessness of previously farmable land.

That’s not to mention the inhumanity of the blood diamond trade as well. Do bear all this in mind the next time you get the urge to buy an expensive diamond!

A lifestyle, not a trend

Everyone must keep in mind that green living isn’t as rosy and appealing as it sounds. There’s a level of compromise needed in order to make the smooth transition from an “ordinary” life to a greener way of living. Green living also comes with a fair share of extra expenses—there are no two ways about that fact.

Ultimately, green living is a personal choice and not a trend to follow. Unfortunately, many people mistake it for the latter, which dilutes its effectiveness and leads to more and more people discarding it after a certain period of time.

Make sure you end up living this kind of lifestyle because you actually want to, and not because it’s the next popular thing to do. It’s vital for you to make that distinction and see it through. Green living may become necessary in the coming years, so even if you decide not to embrace it right now, be sure to educate yourself, at the very least.

Most importantly, we need to remember the sheer importance of the term “sustainability,” and that educating the next generation about eco-friendly habits and ways to keep the planet pristine will go a long way towards preserving our only home. It’s not even necessary to eradicate some traditions altogether; instead, we should find a way of celebrating our cultural milestones in a harmonious and environmentally safe manner.

With the passage of time, we’ve already shed many unwanted and backward practices that are harmful to our society in general, and we must ensure that the same is done with the five traditions referred to above. Even though some may think it’s disrespectful to do away with them, we need to stop thinking on an individual basis and start thinking about the betterment of our society and the entire human race.

All in all, embracing a future of sustainable traditions will ensure that we don’t forget our individual roots, while we collectively work towards the creation of a more peaceful and livable tomorrow. 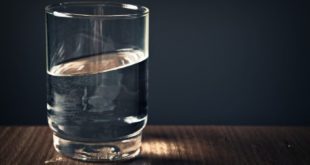 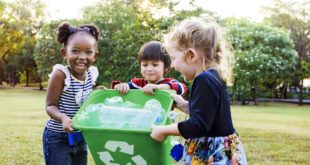 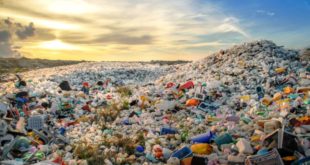 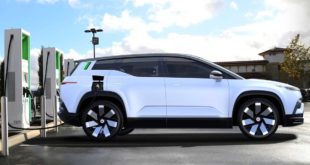