Don’t let an afternoon enjoying a six-pack ruin your hard-earned six-pack. But don’t feel like a few beers will result in a beer belly either! Almost every brewery now has a lighter option available so you’re not limited to the watery old standbys. All the beers on this list pack less than 120 calories per 12 ounces and are carb conscious to boot. Cheers!

Calories: 55, Carbs: 1.9 g, ABV: 2.4%
With the number of calories in its name, it may come as no surprise that this bottle of Bud is the lowest calorie and carbohydrate beer on the list. But with the calories went the alcohol content, leaving about half the alcohol by volume (ABV) of the average beer. If you’re someone who likes to have more than a few in one night, this may be the way to go.

RELATED: Protein Beer: Is It Really All That Healthy?

Calories: 64, Carbs: 2.4 g, ABV: 2.8%
Another brew that advertises its low calorie count right in the name, Miller64 clocks in on the low side when it comes to ABV. Crafted for “the you that takes the stairs” and “wakes up early every Saturday to play softball,” Miller64 isn’t a bad choice if you’ll be day drinking at said softball game.

RELATED: Beer Before Liquor and Other Booze Myths, Busted

Calories: 95, Carbs: 2.6 g, ABV: 4.2%
If you like variety when you’re drinking, look no further than Michelob Ultra. With four flavors including amber, lime cactus, pomegranate-raspberry and dragon fruit-peach, in addition to the original, all with just 95 calories, you can’t complain this light beer lacks in flavor. Just be sure not to confuse this brew with Michelob Light, which will set you back 123 calories and 8.8 grams of carbohydrates.

Calories: 95, Carbs: 3.2 g, ABV: 4.1%
A longer brewing process cuts 38 calories from the original Busch while losing just .2 percent of the alcohol content. Not bad. Plus this brew is as easy on the wallet as it is on the waistline.

Calories: 95, Carbs: 5 g, ABV: 3.5%
You can thank Amstel Light for popularizing low-cal brews. In 1980, Amstel Light was the first imported light beer to hit the American market and is still going strong. With 35 percent fewer calories than the original, it’s a significant savings — especially if you have more than one.

Calories: 96, Carbs: 3.2 g, ABV: 4.2%
Perhaps the most decorated brew in the bunch, 96-calorie Miller Lite has won four gold awards at the World Beer Cup and a gold medal at the 2010 Great American Beer Festival. Feel free to raise a guilt-free glass to that.

Calories: 99, Carbs: 3.1 g, ABV: 4.3%
Don’t be fooled by dark gold Bud Select. This lager is light, and the last on this list to sneak in under 100 calories. A brewing process that takes about twice as long as the average beer keeps calories and carbs down.

Calories: 98-99, Carbs: 8.5 g, ABV: 3.8, 3.6%
If Yuengling is what you love you’ve got two choices: Yuengling Light Beer, or, for just one calorie more, Yuengling Light Lager, a lower calorie version of their amber lager. With almost identical nutrition information, the choice is yours.

RELATED: 7 Real Pumpkin Beers You’ll Want to Stock Up On

Calories: 99, Carbs: 6.8 g, ABV: 3.3%
Official beer sponsor of the U.S. Open for the past 22 years, this refreshing beverage comes in under the 100-calorie mark. Its unique taste is the result of using a horizontal fermentation brewing process. Enjoy it out of its signature green bottle, or from the more recently popular DraughtKeg. Just be sure you keep your pour under one pint.

Calories: 100, Carbs: 4 g, ABV: 4.2%
Save yourself 48 calories and 8 grams of carbohydrates by swapping a beachside Corona with lime for a Miller Chill. This 100-calorie light beer gets a summertime twist from natural lime flavors.

Calories: 102, Carbs: 5 g, ABV: 4.2%
Best enjoyed well chilled (and you’ll know when it is thanks to the new color-changing cold activated mountains on the packaging), Coors Light barely breaks the 100-calorie mark. Just watch out for their new aluminum pint, which, at 16 ounces, brings the calorie count to 136 per can.

Calories: 104, Carbs: 5 g, ABV: 4.1%
Said to taste incredibly similar to Coors Light, this better-priced beer falls just behind its brother (they’re both produced by Coors Brewing Company) thanks to two tiny calories. But if the light lager is close but no cigar in terms of flavor, try Keystone Premium for 7 extra calories and a slightly (.33 percent) higher ABV.

Calories: 110, Carbs: 6.6 g, ABV: 4.2%
When you think light beer, good ole BL might be the first to come to mind. Perhaps it’s the beer’s ‘superior drinkability’ or maybe it’s their sometimes hilarious, always in your face marketing. But with 110 calories, an affordable price tag and a near constant availability, this frat party classic makes the cut.

Calories: 116, Carbs: 8.8 g, ABV: 4%
Don’t grab just any green bottle. Regular Rolling Rock packs 130 calories and 9.8 grams of carbs just an extra .5 percent alcohol by volume. Not so bad, but if the limited distribution 4 percent is available in your area save a few calories and carbs, we promise, you’ll have just as much fun drinking the lighter brew. 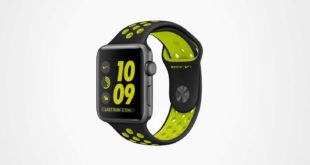 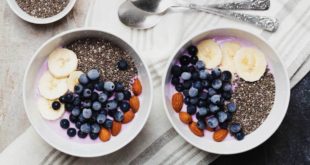 How to Lose Weight by Including Chia Seeds in Your Diet 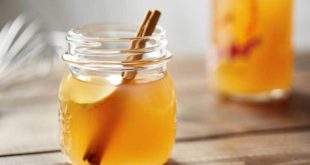 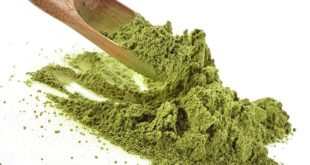 Eat moringa leaves or extracts with your morning breakfast to kick-start your metabolism. Moringa …