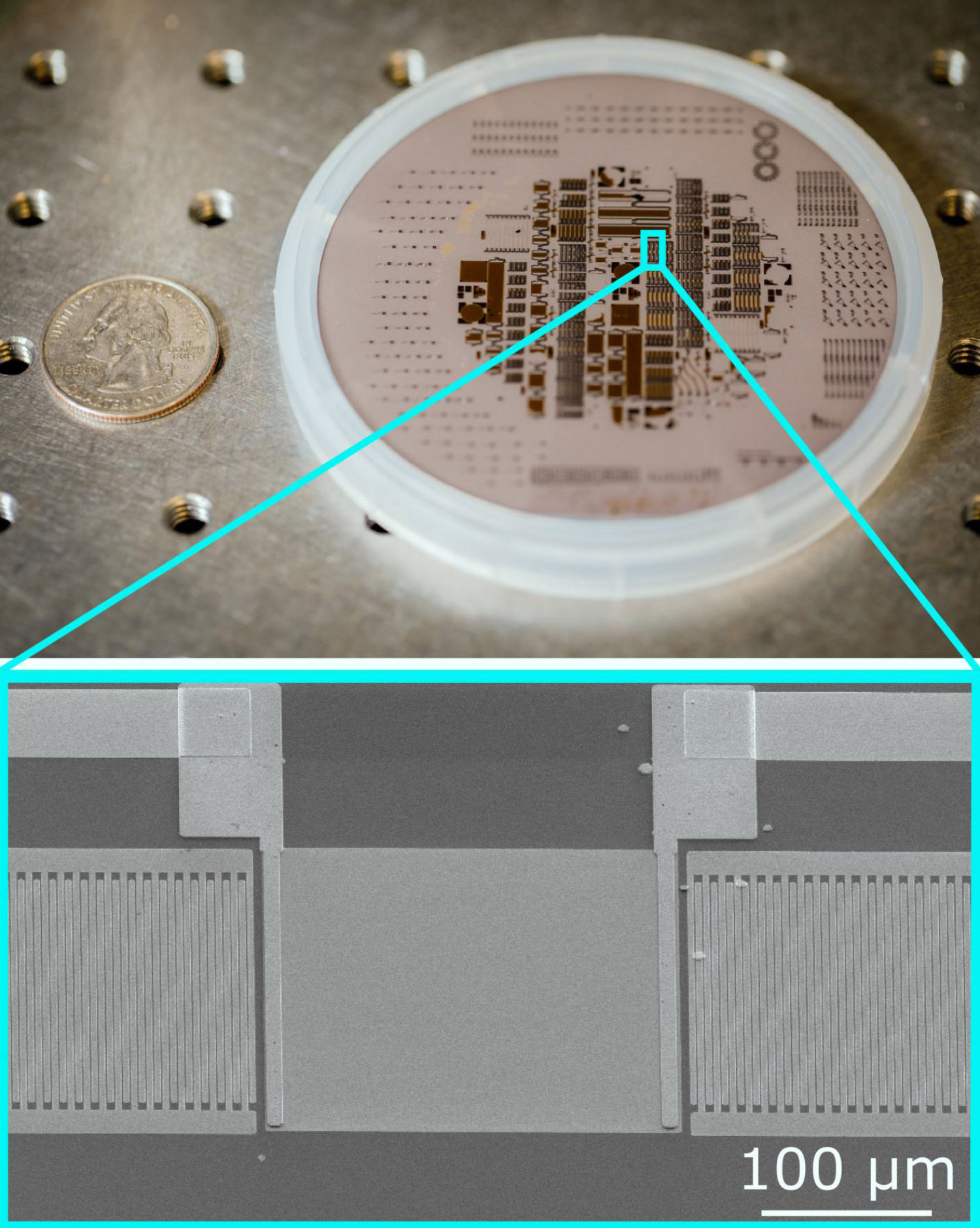 An acoustic amplifier developed by Sandia National Laboratories researchers measures 0.5 mm2 (0.0008 square inches), and is more than 10 times more effective than the earlier versions.
The acousto-electric chip includes a radio-frequency amplifier, circulator and filter; SEM image shows details of the amplifier. Image credit: Bret Latter / Matt Eichenfield.
Modern cell phones are packed with radios to send and receive phone calls, text messages and high-speed data. The more radios in a device, the more it can do.
While most radio components, including amplifiers, are electronic, they can potentially be made smaller and better as acoustic devices. This means they would use sound waves instead of electrons to process radio signals.
“Acoustic wave devices are inherently compact because the wavelengths of sound at these frequencies are so small — smaller than the diameter of human hair,” said Dr. Lisa Hackett, a researcher at Sandia National Laboratories.
“But until now, using sound waves has been impossible for many of these components.”
The researchers made their 276-MHz amplifier with semiconductor materials that are 83 layers of atoms thick — 1,000 times thinner than a human hair.
Fusing an ultrathin semiconducting layer onto a dissimilar acoustic device took an intricate process of growing crystals on top of other crystals, bonding them to yet other crystals and then chemically removing 99.99% of the materials to produce a perfectly smooth contact surface.
The team’s amplifier is more than 10 times as effective as the previous versions. It can boost signal strength by a factor of 100 in 0.2 mm (0.008 inches) with only 36 volts of electricity and 20 milliwatts of power.
The scientists also created the first acoustic circulator, another crucial radio component that separates transmitted and received signals.
“Together, the petite parts represent an essentially uncharted path toward making all technologies that send and receive information with radio waves smaller and more sophisticated,” said Dr. Matt Eichenfield, also from Sandia National Laboratories.
“We are the first to show that it’s practical to make the functions that are normally being done in the electronic domain in the acoustic domain.”
Amplifiers, circulators and filters are normally produced separately because they are dissimilar technologies, but the team produced them all on the same acousto-electric chip.
The team’s work was published in the journal Nature Communications.
_____
L. Hackett et al. 2021. Towards single-chip radiofrequency signal processing via acoustoelectric electron-phonon interactions. Nat Commun 12, 2769; doi: 10.1038/s41467-021-22935-1 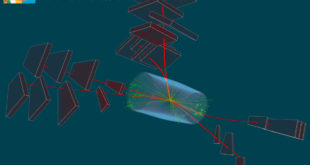 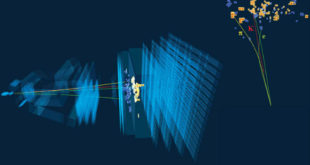 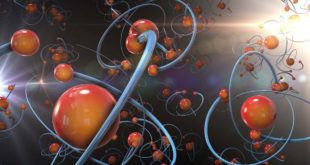 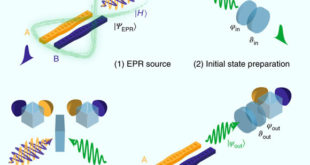