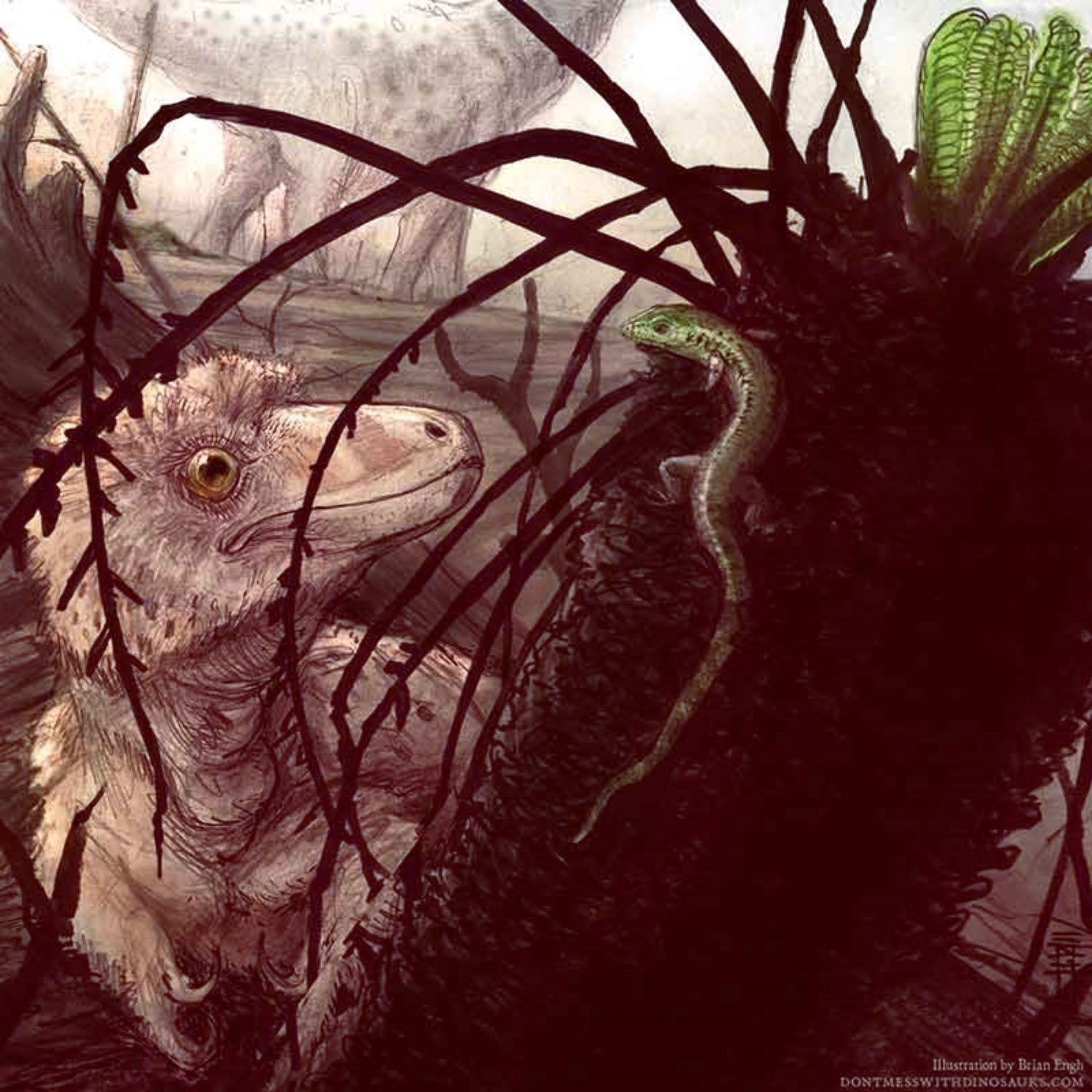 Two new species — the small skink Sciroseps pawhuskai and the pycnodontiform fish Anomoeodus caddoi — that lived during the Early Cretaceous epoch have been identified from fossils found in the Holly Creek Formation in southwest Arkansas.
An illustration of Sciroseps pawhuskai. Image credit: Brian Engh.
While Arkansas is not traditionally considered a fertile source of Early Cretaceous fossils, the Trinity Group of the Holly Creek Formation has been unusually rich in them, including dinosaur tracks.
The area was inhabited by a wide variety of freshwater and land animals, including long-necked dinosaurs, large carnivores, raptor-like carnivores and armored dinosaurs.
It also provided a wide assortment of fossilized bones and teeth of much smaller creatures, such as sharks, fish, frogs, lizards, turtles and crocodilians.
“We present a new species of pycnodont fish, Anomoeodus caddoi, a likely relative of Texasensis, that existed in the waters of the ancient coastal plain,” said Dr. Celina Suarez, a paleontologist in the Department of Geosciences at the University of Arkansas at Fayetteville, and colleagues.
“And the new lizard Sciroseps pawhuskai, belonging to the paramacellodid-cordylid grade that dominated herpetofaunas of the North American Aptian-Albian, represented by one of the most complete mandibles known from the North American Early Cretaceous.”
“The Holly Creek Formation is interesting because few fossils have been described in publications, even though it has produced dinosaur fossils in the past,” added Dr. Joseph Frederickson, a paleontologist and director of the Weis Earth Science Museum at the University of Wisconsin Oshkosh Fox Cities Campus.
“Formations like these help us better understand how the continent was connected and the diversity of animals alive during the Early Cretaceous epoch.”
The team confirms that North America did not have as wide a variety of species in the Early Cretaceous epoch as it did in the Late Cretaceous epoch, roughly 70 million years ago.
The majority of fauna found in the Holly Creek Formation is similar to fauna found throughout North America at the same time.
What caused increased diversity of life between the Early and Late Cretaceous epochs?
According to the team, plate tectonics, which created mountains in the west, and climate changes, which drove rising sea levels, led to increased geographic isolation among similar species, spurring evolutionary changes in separated populations.
“When habitats are fragmented it can cause evolutionary changes,” Dr. Suarez said.
“One way this and other discoveries from the Cretaceous of North America can help us understand the modern world is how climate change can affect evolution of animals, be it extinction or the origination of new species.”
“Given that the Cretaceous was a period of rapidly warming and cooling worlds, understanding these time periods is important for understanding how future warming worlds will react to climate change.”
The study was published in the journal PeerJ.
_____
C.A. Suarez et al. 2021. A new vertebrate fauna from the Lower Cretaceous Holly Creek Formation of the Trinity Group, southwest Arkansas, USA. PeerJ 9: e12242; doi: 10.7717/peerj.12242