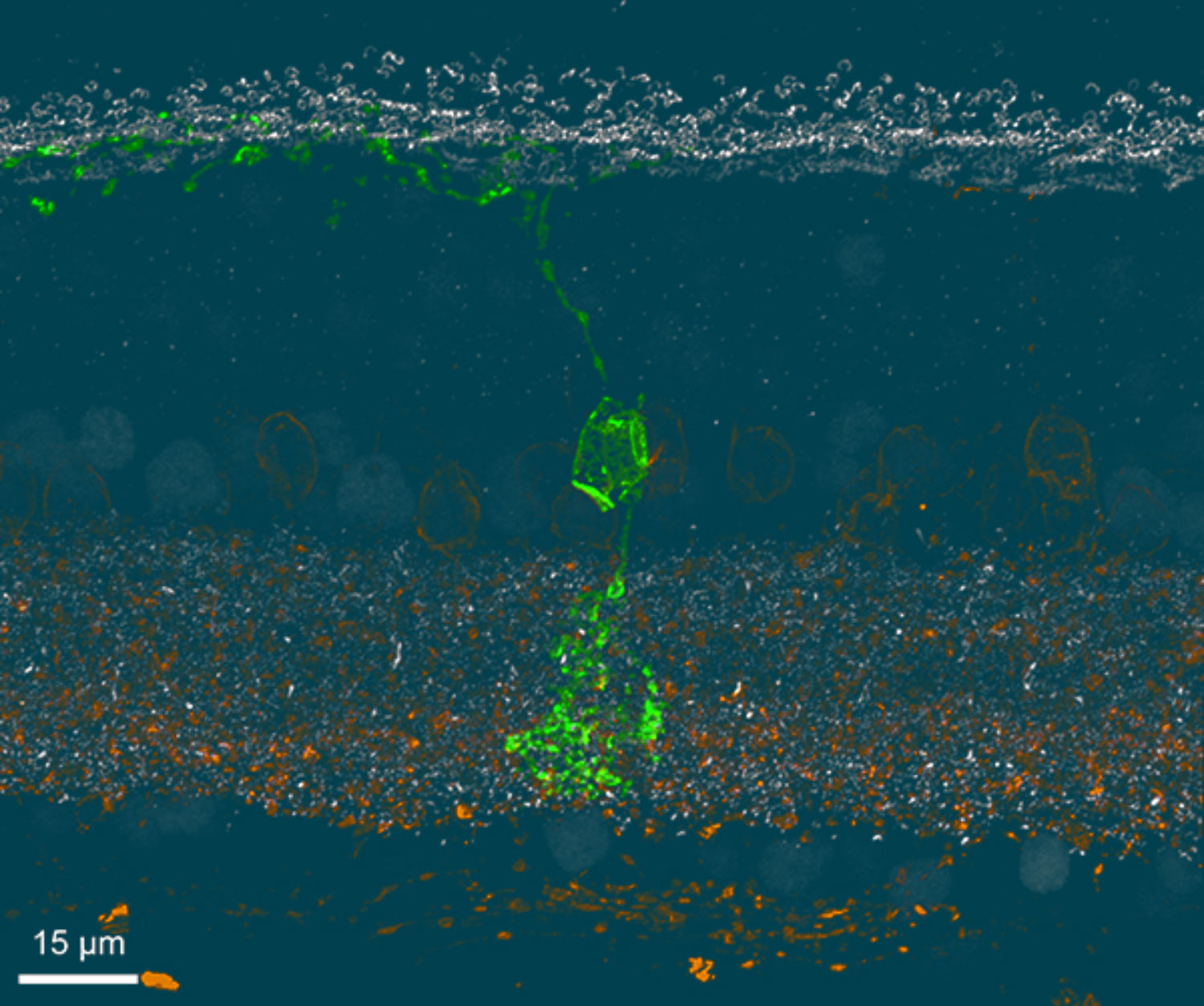 Cell classes are the building blocks for the central nervous system. It is widely believed that major classes of neurons have been identified in the retina, although some types have not been fully characterized. The newly-discovered retinal neurons don’t fit into any existing mammalian retinal cell class.
An image of an isolated Campana cell (green) in a marmoset retina. The Campana cell receives input from photoreceptor synapses (white, top) in the primate retina. Image credit: University of Utah.
“Photons entering the eye are detected by photoreceptors and processed through a set of function-specific synaptic pathways in the retina,” said University of Utah’s Dr. Ning Tian and colleagues.
“The structural basis of these pathways are the synaptic connections among five major classes of retinal neurons: photoreceptors, horizontal cells, bipolar cells, amacrine cells, and retinal ganglion cells.”
“Identifying each of the retinal cell classes and understanding their synaptic connections is crucial for understanding how the retina processes visual signals.”
“While all the major retinal classes are believed to be defined, we identified a previously undescribed retinal interneuron.”
The newly-identified interneuron shares fundamental morphological, physiological, and molecular features with bipolar cells.
“Based on its morphology, physiology, and genetic properties, this cell doesn’t fit into the five classes of retinal neurons first identified more than 100 years ago,” Dr. Tian said.
“We propose they might belong to a new retinal neuron class by themselves.”

The authors named their discovery the Campana cell after its shape, which resembles a hand bell.
These cells relay visual signals from both types of light-sensing rod and cone photoreceptors to the retinal ganglion cells, but their precise purpose is the subject of ongoing research.
Experiments showed Campana cells remain activated for an unusually long time — as long as 30 seconds — in response to a 10 millisecond light flash stimulation.
“In the brain, persistent firing cells are believed to be involved in memory and learning,” Dr. Tian said.
“Since Campana cells have a similar behavior, we theorize they could play a role in prompting a temporal ‘memory’ of a recent stimulation.”
The discovery is reported in a paper in the Proceedings of the National Academy of Sciences.
_____
Brent K. Young et al. 2021. An uncommon neuronal class conveys visual signals from rods and cones to retinal ganglion cells. PNAS 118 (44): e2104884118; doi: 10.1073/pnas.2104884118 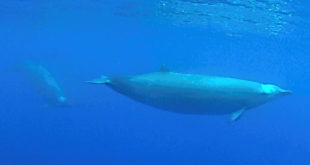