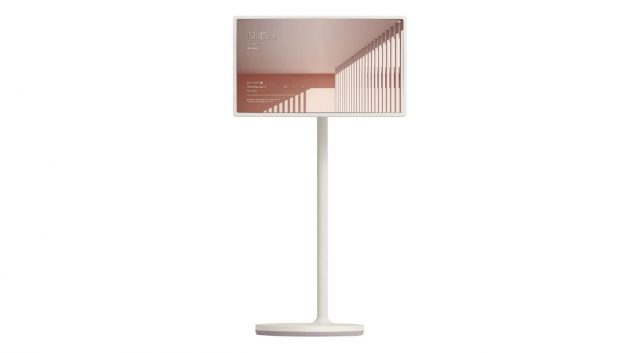 (Photo: LG)LG has unveiled a new TV, and it’s one you’ll never need to wall-mount. The StanbyME, a 27-inch display on a wheeled stand, can be rolled into any room in the house without even needing to be unplugged.
As funky as the StanbyME’s appears at first glance, its unexpected design may make it more practical than its competitors. Its built-in battery makes the power cable optional, while its wheels—concealed under the base of its stand—lend the unit mobility. Users can not only adjust the stand’s height, but can also swivel and rotate the screen itself to customize the viewing experience based on the user’s needs. LG’s announcement depicts the StanbyME being used for home workouts, video calls, casual entertainment, and even for education as the unit is tucked behind a desk, monitor-style.  The screen can also be detached for lap viewing.

Of course, convenience often comes at a cost. Though users may not have to worry about keeping the StanbyME plugged in, the TV’s battery only lasts three hours before needing a charge. There are also only so many apps the StanbyME supports, though the popular entertainment outlets (Netflix, YouTube, Disney+ and other mainstream options) seem to be covered. Users can also plug in other devices via HDMI or USB if they want to use the StanbyME for media it doesn’t offer on its own.
(Photo: LG)
LG is expected to show off the StanbyME in early January at CES 2022, alongside a second creative new product, the OLED Evo TV with motorized cover, which was formally announced last week. Our colleagues at PCMag report the OLED Evo TV is a part of LG’s new Objet Collection, which features stylish home appliances “tailored to suit personal tastes.” Other items from the Objet Collection include a chic, modern refrigerator and a wardrobe management system that steams your clothes for you.
So-called “lifestyle TVs,” or TVs that blend more seamlessly with one’s chosen lifestyle or decor, have exploded in popularity since Samsung released The Frame in 2017. The Frame served as a wake-up call for consumers who hadn’t known their TVs could look like anything other than, well, TVs before, and now design-conscious consumers crave devices that don’t disrupt their curated atmosphere. (Samsung’s gallery-worthy Frame now boasts more than a million sales per year.) While StanbyME doesn’t look like a work of art, it can be whisked away to a separate room or a closet more easily than the average TV can. Whether this is enough to conquer the traditional flatscreen, consumers will have to decide.
Editor’s Note: The iMac G4, sometimes referred to as the iLump or the Sunflower was the original Lump-Stick-Rectangle.
Now Read:
Subscribe Today to get the latest ExtremeTech news delivered right to your inbox.
© 1996-2021 Ziff Davis, LLC. PCMag Digital Group
ExtremeTech is among the federally registered trademarks of Ziff Davis, LLC and may not be used by third parties without explicit permission.
We strongly encourage you to read our updated PRIVACY POLICY and COOKIE POLICY. 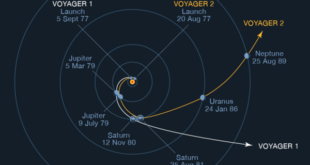 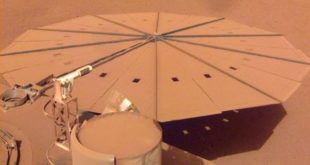 NASA’s InSight Lander Mission Is Coming to an End

Until a few decades ago, no human being had ever been away from gravity’s loving …