(Photo: Gabrielle Henderson/Unsplash)In an effort to mitigate the harmful mental effects of its app, Instagram will soon begin “nudging” teenage users away from content they continually focus on.
The feature will roll out beginning this month to users in the United States, United Kingdom, Canada, Ireland, Australia, and New Zealand. When the app recognizes that a teen user is repeatedly focusing on Explore page content of a particular theme, it will send that user a notification suggesting fresh, unrelated content to look at instead.
Meta’s announcement of the feature didn’t explicitly state it was meant to mitigate body image issues (a proven risk factor of the app’s use). However, the company did state the nudge is “designed to encourage teens to discover something new and excludes certain topics that may be associated with appearance comparison.”
(Image: Meta)
The update exists alongside a handful of new parental supervision features. Parents have the ability to limit teens’ Instagram use during specific parts of the day or week, such as on school nights. Parents also have visibility into their teens’ safety and security reports, including what type of report was made and which account was reported. Finally, they can initiate supervision tools themselves; previously the teen had to initiate supervision, which for some families is an unrealistic expectation to set.
That being said, teens appear to have an appetite for tools that will help them better balance social media with their mental health. Instagram recently launched a feature called Take A Break, which periodically reminds users to step away from their phones and take a deep breath, journal, or cross off something from their to-do lists. Meta reports that of the teens who have enabled the feature, 90 percent have kept it on, indicating an appreciation for efforts to facilitate healthy boundaries with the app.
Instagram’s new features just so happen to coincide with eight lawsuits regarding Meta’s addictive app design. The lawsuits claim that Instagram and Facebook knowingly created and maintained psychologically addictive platforms, resulting in self-harm, eating disorders, and sleeping disorders among users. From an outsider’s perspective, it seems that Instagram’s new nudge feature, while a step in the right direction, might be a defense measure in anticipation of similar criticism.
Now Read:
Subscribe Today to get the latest ExtremeTech news delivered right to your inbox.
© 1996-2022 Ziff Davis, LLC. PCMag Digital Group
ExtremeTech is among the federally registered trademarks of Ziff Davis, LLC and may not be used by third parties without explicit permission. 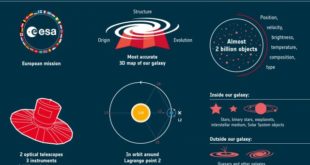 When you look up at the night sky, do you wonder about what’s out there? …