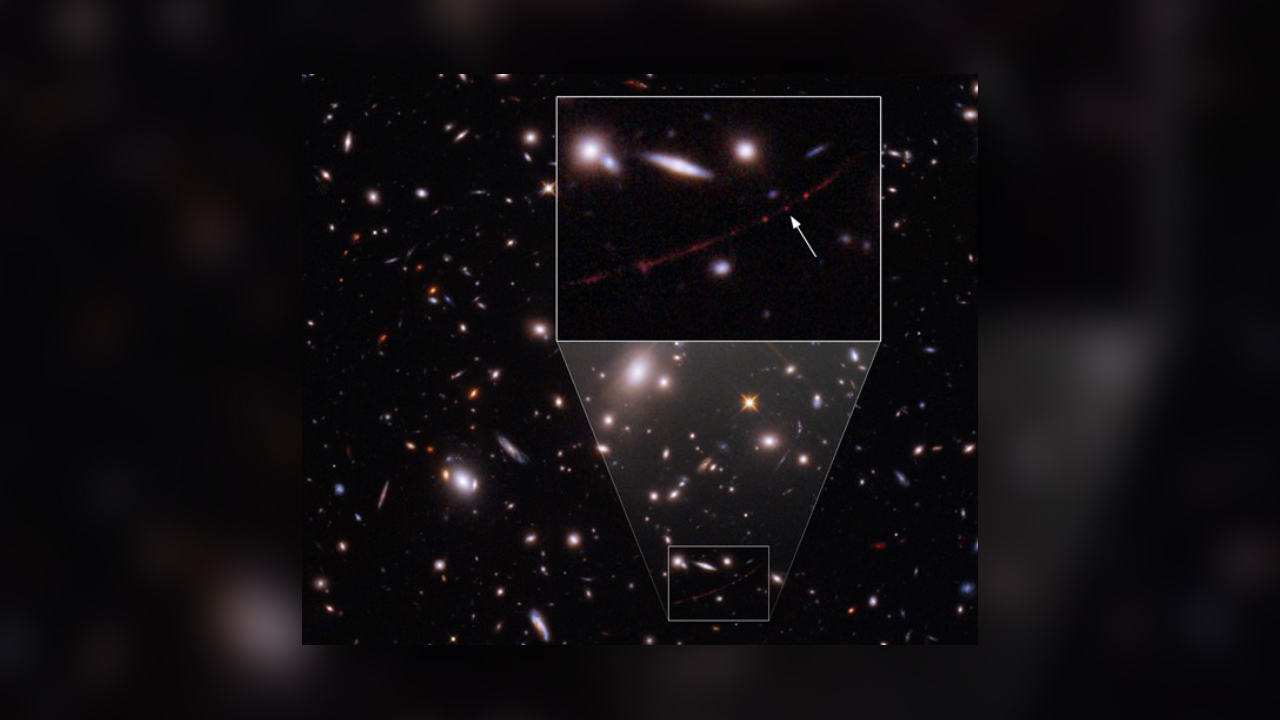 NASA’s Hubble Space Telescope has set innumerable records during its three decades of service, but the latest might be its most impressive feat yet. Researchers from Johns Hopkins University and the Space Telescope Science Institute (STScI) used Hubble to spot the most distant star ever, a whopping 12.8 billion light years away. Hubble itself can’t see that far, but it got an assist from a massive gravitational lens known as the Sunrise Arc. Together, the magnification revealed a star known officially as WHL0137-LS, but astronomers have nicknamed it Earendel, from the Old English word meaning “morning star.”
Gravitational lensing has helped scientists view more distant objects in other regions, but the Sunrise Arc is in just the right place. It is the result of a massive cluster of galaxies that sits between us and Earendel’s home galaxy. The team behind this discovery did not set out to find an ancient star — they were aiming to map the lensing effect of the Sunrise Arc. Gravitational lenses are irregular and hard to predict, but the models predicted that one area on the magnification line should have extremely high magnification, on the order of 1,000 to 40,000x, and that’s before Hubble’s keen eye is taken into account. “Normally at these distances, entire galaxies look like small smudges, with the light from millions of stars blending together,” said Johns Hopkins astronomer Brian Welch.
And sure enough, when they looked, there was a heavily magnified star in that spot — Earendel (which, yes, comes from the same root word as Eärendil the Mariner of Tolkien lore). The team believes the point of light is too small to be a galaxy or star cluster. It is most likely a single star or a binary system. At 12.8 billion light years away, Earendel appears to us as it did when the universe was less than a billion years old. That’s what makes discoveries like this one so important. They give us a chance to examine the universe as it was long before humans walked upright, built the first telescopes, or our solar system even formed.

If this turns out to be a single star, astronomers estimate that it’s roughly 50 times larger than the sun. We won’t know for sure until scientists can make followup observations with the James Webb Space Telescope (JWST). This shiny new observatory is still undergoing testing after arriving at the Earth-Sun L2 Lagrange point, and it’s expected to come online for science operations this summer.
Astronomers will be looking closely at the composition of Earendel. The fusion taking place inside stars is the source of all heavy elements in the universe. Given its age, Earendel might be composed entirely of primordial hydrogen and helium, making it the first confirmation of “Population III stars.” These theorized objects may have been the first stars to form after the Big Bang. The opportunity to study one with Webb could revolutionize our understanding of the early universe.
Now Read:
Subscribe Today to get the latest ExtremeTech news delivered right to your inbox.
© 1996-2022 Ziff Davis, LLC. PCMag Digital Group
ExtremeTech is among the federally registered trademarks of Ziff Davis, LLC and may not be used by third parties without explicit permission.
We strongly encourage you to read our updated PRIVACY POLICY and COOKIE POLICY. 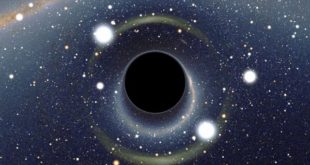