Last night, the 2017 Screen Actors Guild Awards were held at the Shrine Auditorium in Los Angeles. Along with recognizing talented Hollywood names, the 23rd annual event also featured a red carpet filled with stunningly attired stars. From Chrissy Teigen to Bryce Dallas Howard, here’s a glimpse at the best dressed celebrities from the evening.

The 31-year-old model looked gorgeous, as she stepped out onto the red carpet in a black stretch-crepe gown by DSquared2. With a suiting style which was inspired by the label’s menswear aesthetic, the figure-flattering frock emphasized her curves. Meanwhile, a plunging V-neckline and thigh-high slit completed the design. Teigen accessorized her dress with a pair of strappy black heels, which offered a perfectly understated accessorizing touch.

While Sophie Turner may be just 20 years old, she is clearly a rising star when it comes to red carpet style. The Game of Thrones beauty stole the spotlight in a crimson Louis Vuitton number, which featured a one-shoulder neckline paired with a single spaghetti strap. Meanwhile, a daring slit, ruched bodice and sleek long skirt all created a timeless effect.

The 39-year-old actress (who was nominated for her starring role in the HBO TV movie Confirmation) stunned in an ethereal white Cavalli Couture gown. The off-shoulder neckline, long sleeves and intricate sheer lace brought a heavenly touch to the SAG red carpet. Meanwhile, the soft ivory hue flattered her ebony complexion flawlessly, for a contrasting touch.

Staying true to her reputation as a classic bombshell, the fiery-haired star appeared in a shimmering red sequin gown. As a surprisingly affordable option for the awards show, Dallas Howard’s frock was designed by Dress The Population. With its V-neckline, cinched-in waist and flared long hem, the curve-hugging creation emphasized her voluptuous figure and highlighted her glowing fair skin.

Previous Forget the 401k: This Is the Real Secret of a Secure Retirement
Next Updated for 2017 — Enterprise SEO Platforms: A Marketer’s Guide 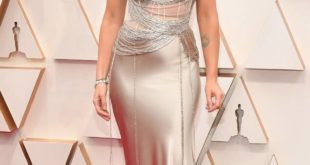 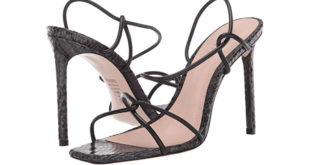 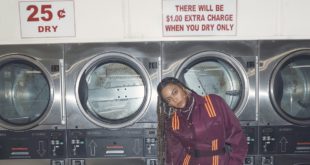 adidas And Beyoncé Collection To Hit Stores in January

When it comes to over the top fashion and wild personality, one name that easily …