The heavens appear to move throughout the year, but that’s just because Earth is moving. The real or “proper motion” of stars and galaxies was beyond our ability to measure until fairly recently, but bigger, more powerful telescopes have helped paint a picture of an evolving universe. The European Space Agency’s Gaia space telescope has been particularly valuable in tracking the motion of stars inside our galaxy. But what about other galaxies? A team of astronomers has used Gaia to get insight into our celestial neighbors, determining the proper motion of a whopping 66 nearby galaxies.
Our galaxy, the Milky Way, is one of two large galaxies in the Local Group. The other is Andromeda, which is a galaxy with well-understood proper motion. Unlike most objects in the universe, it’s moving toward us. In a few billion years, Andromeda will collide with the Milky Way to form a giant elliptical galaxy. Until now, we didn’t have the ability to measure the proper motion of the smaller galaxies in the Local Group. A new study from a team of Spanish researchers used Gaia to scan 74 dwarf galaxies in and around the Local Group. For most of them, the team was able to determine reliable proper motions, reports Bad Astronomy.
This wasn’t as simple as just pointing Gaia at different galaxies and taking a picture. Gaia has revolutionized our understanding of stellar motion in the Milky Way because it has the ability to monitor the sky with high precision over long periods of time. The mission has a planned duration of five years, but the 34 months of data we have now has revealed proper motion for more than a billion stars. It took a long time to tease the necessary details out of the Gaia data for the more distant dwarf galaxies. For example, astronomers had to assess the color spectrum of stars to see if they matched the expected spectrum of the target galaxies.
The approximate locations of Local Group galaxies, Milky Way in the center.
The results are a watershed moment for our understanding of the Local Group. We’ve learned that six of these dwarf galaxies are actually gravitationally bound to the Large Magellanic Cloud, which itself has about ten percent the mass of the Milky Way. This data has also helped to calculate the orbits of the dwarf galaxies. Since the mass of the Milky Way is still uncertain, the team used 900 billion and 1.6 trillion solar masses as educated guesses to estimate the future motion of the Local Group.
They found some of those 66 galaxies are just passing through—they’ll exit the Local Group eventually, so perhaps we shouldn’t consider them part of it. Some others are also likely to fall into the Milky Way. The smaller orbiting dwarf galaxies are more likely to land near the center of our galaxy, increasing the likelihood they’ll be ripped apart. This is a lot of new info about our galaxy’s nearest neighbors, and Gaia isn’t even done with its initial survey yet.
Now read:
Subscribe Today to get the latest ExtremeTech news delivered right to your inbox.
© 1996-2021 Ziff Davis, LLC. PCMag Digital Group
ExtremeTech is among the federally registered trademarks of Ziff Davis, LLC and may not be used by third parties without explicit permission.
We strongly encourage you to read our updated PRIVACY POLICY and COOKIE POLICY. 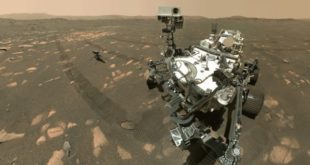 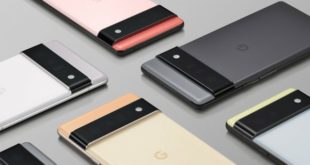 To answer the big questions, sometimes we must look to the very small. Researchers at …