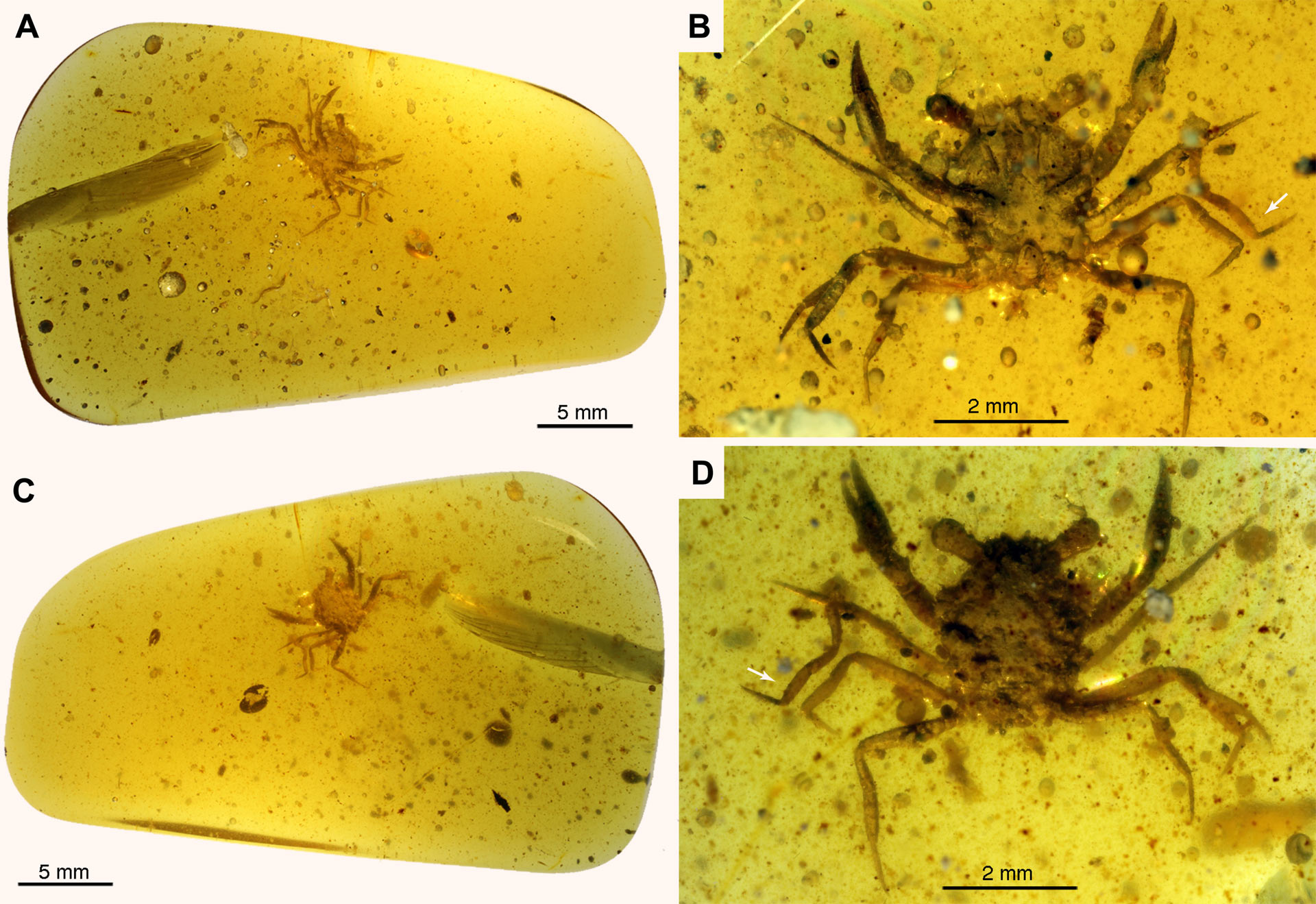 The new fossil from the Cretaceous of Myanmar preserves large compound eyes, delicate mouthparts, and even gills.
Cretapsara athanata, a modern-looking eubrachyuran crab in Burmese amber. Image credit: Luque et al., doi: 10.1126/sciadv.abj5689.
True crabs (members of the infraorder Brachyura) are an iconic group of crustaceans whose remarkable diversity of forms, species richness, and economic importance have inspired celebrations and festivals worldwide.
They are found all around the world, from the depths of the oceans, to coral reefs, beaches, rivers, caves, and even in trees as they are among the few animal groups that have conquered land, brackish water, and freshwater multiple times independently.
The crab fossil record extends back into the Early Jurassic epoch, more than 200 million years ago.
Unfortunately, fossils of nonmarine crabs are sparse and largely restricted to bits and pieces of the animals carapace — claws and legs found in sedimentary rocks.
That is until now with the discovery of Cretapsara athanata, a previously unknown true crab preserved in Cretaceous amber from Myanmar, Southeast Asia.
Artistic reconstruction of Cretapsara athanata. Image credit: Franz Anthony / Javier Luque, Harvard University.
“The specimen is spectacular, it is one of a kind,” said Dr. Javier Luque, a postdoctoral researcher in the Department of Organismic and Evolutionary Biology at Harvard University.
“It’s absolutely complete and is not missing a single hair on the body, which is remarkable.”
The 5-mm-long Cretapsara athanata is the oldest modern-looking crab and the most complete fossil crab ever discovered.
It is rivaled in completeness by the 95- to 90-million-year-old Callichimaera perplexa, a swimming arthropod known as the platypus of crabs because of its unusual mixture of body features, such as its cartoonish anatomy that included googly eyes, a long body and long paddle-like legs.
“The more we studied the fossil, the more we realized that this animal was very special in many ways,” Dr. Luque said.
3D mesh of Cretapsara athanata. Image credit: Luque et al., doi: 10.1126/sciadv.abj5689.
Cretapsara athanata is remarkably modern-looking — superficially resembling some shore crabs found today — unlike most crabs during the mid-Cretaceous period which looked quite different from modern crabs.
Yet, the animal was entombed in Cretaceous amber and the presence of well-developed gills indicated an aquatic to semi-aquatic animal.
Previous fossil records of crabs suggested that crabs ventured onto land and adapted to freshwater about 75 to 50 million years ago.
However, to become trapped in amber, Cretapsara athanata must have been near an amber-producing forest.
For Dr. Luque and his colleagues it appears that the crab most likely died in a brackish or freshwater environment near the coast or an estuary.
This demonstrates that crabs became terrestrial or amphibious about 100 million years ago — much earlier than previously thought — bridging an important gap in understanding crab evolution.

“Sometimes it is difficult to piece together the tree of life that maps the evolution of the animals seen today,” Dr. Luque said.
“Important pieces in the puzzle may be rare or yet to be discovered, and fossils trapped in amber provide a unique snapshot of the anatomy, biology, and ecology of extinct organisms that would be otherwise inaccessible.”
The findings were published this week in the journal Science Advances.
_____
Javier Luque et al. 2021. Crab in amber reveals an early colonization of nonmarine environments during the Cretaceous. Science Advances 7 (43); doi: 10.1126/sciadv.abj5689 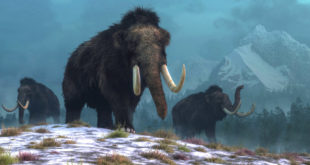