And in the U.S., app usage surged ahead of the time spent watching live TV. Currently, the average American watches 3.7 hours of live TV per day, but now spends four hours per day on their mobile devices.

Apps aren’t just a way to pass idle hours — they’re also a big business. In 2019, mobile-first companies had a combined $544 billion valuation, 6.5x higher than those without a mobile focus. In 2020, investors poured $73 billion in capital into mobile companies — a figure that’s up 27% year-over-year.

This week, we’re taking a look at the biggest news in the world of apps, including how the GameStop frenzy impacted trading apps, as well as how Apple’s privacy changes are taking shape in 2021, and more.

The internet comes for the stock market, via trading apps

Was there really any other app news story this week, beside the GameStop short squeeze? That a group of Reddit users took on the hedge funds was the stuff of legends, even if the reality was that Wall Street likely got in on both sides of the trade. Whether you found yourself in the camp of admiring the spectacle or watching the train wreck in horror (or both), what we witnessed — at long last, I suppose — was the internet coming for the stock market. The GameStop frenzy upended the status quo; it rattled the traditional ways of doing things — much like what the internet has done to almost everything else it touches — whether that’s publishing, media, creation, politics, and more.

“This is community,” explained Reddit founder Alexis Ohanian, in an interview on AOC’s Twitch channel on Thursday.

“This is something that spans platforms and the internet, especially in the last 10 years — in particular social media and smartphone ubiquity. All these things have connected us in real-time ways to organize around ideas, around concepts,” he continued. “We seek out those communities. We seek out that sense of identity. We seek out that sense of connection. And the internet supercharges it because of scale,” he said. “I think one of the byproducts of where I think it continues to go is more of a push towards decentralization and more of a push toward individuals being able to take ownership — even individuals being able to get access — to do the same things that institutions, historically, had a monopoly on,” Ohanian noted.

Trading app Robinhood and social app Reddit, home to the WallStreetBets forum driving the GameStop push, immediately benefitted from the community-driven effort to squeeze the hedge funds — and jumped to the top of the App Store.

But Robinhood’s subsequent failure to be transparent as to why it was forced to stop customers from buying the “meme” stocks, like GameStop and others (it needed more cash), quickly damaged its reputation. Some investors have now sued for their losses. Others started petitions. And even more began downranking the app with one-star reviews, which Google then removed.

The Robinhood incident is a good reminder to founders: when you don’t tell people the real problem because you’re worried about how bad it will look, you almost always are rewarded by coming away looking much, much worse. pic.twitter.com/NiBBGZPvSS

Other trading apps have gained not only during the frenzy itself, but also after, as Robinhood users looked for alternative platforms after being burned by the free trading app.

As of Friday, Robinhood remained at No. 1 on the App Store, but is now being closely trailed on the Top Free iPhone apps chart by No. 2 Webull, No. 6 Fidelity, No. 7 Cash App, No. 12 TD Ameritrade and No. 15 E*TRADE, among others.

Crypto apps are also topping the charts, as users realize the potential of collective action in markets not yet dominated by the billionaires. Coinbase popped to No. 4, while Binance-run apps were at No. 9 and No. 19, Voyager was No. 23 and Kraken No. 24.

In addition, forums where traders can join communities are also continuing to do well, with Reddit at No. 3, Discord at No. 14 and Telegram at No. 28, as of the time of writing.

Google says it will add those Apple privacy labels…sometime!

Google failed to meet its earlier promised deadline of rolling out privacy labels to its nearly 100-some iOS apps. Its initial estimate followed suggestions (aided by Apple’s typical quiet confirmations to press), that Google had been struggling over how to handle the privacy issues the updates would reveal. This week, Google again said its labels were on the way. But now, it’s not making any specific promises about when those labels would arrive. Instead, the company just said the labels would roll out as Google updated its iOS apps with new features and bug fixes, rather than rolling out the labels to all its apps at once.

Apple announced this week its tracking restrictions for iOS apps are nearing arrival. The changes had initially been pushed back to give developers more time to make updates, but will now arrive in “early spring.”

Once live, the previous opt-out model for sharing your Identifier for Advertisers (IDFA) will change to an opt-in model, meaning developers will have to ask users’ permission to track them. Most users will likely say “no,” and be annoyed by the request. Users will also be able to adjust IDFA sharing in Settings on a per-app basis, or on all apps at once.

Facebook has already been warning investors of the ad revenue hit that will result from these changes, which it expects to see in the first quarter earnings. It may also be preparing a lawsuit. Google, meanwhile, said it would be adopting Apple’s SKAdNetwork framework and providing feedback to Apple about its potential improvements.

For years, Apple has been laying the groundwork to establish itself as the company that cares about consumer privacy. And it’s certainly true that no other large tech company has yet to give users this much power to fight back against being tracked around the web and inside apps.

But this is not a case of Apple being the “good guy” while everyone else is “bad” —  because the multi-billion-dollar ad industry is not that simple. With a change to its software, Apple has effectively carved out a seat at the table for its own benefit.

So while other businesses are tracking users around the web and apps to gain data that lets them better personalize ads at scale, Apple only tracks users inside its own apps and services. (But there sure are a lot of them! And Apple keeps launching new ones, too.)

With the new limits that impact the effectiveness of ads outside of Apple’s ecosystem, advertisers who need to reach a potential customer — say, with an app recommendation — will need to throw more money into Apple-delivered advertising instead. This is because Apple’s ads will be capable of making those more targeted, personalized and, therefore, more effective recommendations.

Apple says it will play by the same rules that it’s asking other developers to abide by. Meaning, if its apps want to track you, they’ll ask. But most of its apps do not “track” using IDFA. Meanwhile, if users want to turn off personalized ads using Apple’s first-party data, that’s a different setting. (Settings – Privacy – scroll to bottom – Apple Advertising – toggle off Personalized Ads). And no, you won’t be shown a pop-up asking you if that’s a setting you want on or off.

Apple, having masterfully made its case as the privacy-focused company — because wow, isn’t adtech gross? —  is now just laying it on. Apple CEO Tim Cook this week blamed the adtech industry for the growth in online extremism, violent incitement (e.g. at the U.S. Capitol) and growing belief in conspiracies, saying companies (cough, Facebook) optimized for engagement and data collection, no matter the damage to society.

WhatsApp adds biometric authentication to its web and desktop versions

Facebook News launches in the UK, the first international market for its curated news portal

TikTok is being used by vape sellers marketing to teens

Twitter is working to include the “📰 Newsletters” item in the menu in the web app, which shows the popup about @revue above pic.twitter.com/ATaXDGr0zc

Opal offers a digital well-being assistant for iPhone that allows you to block distracting websites and apps, set schedules around app usage, lock down apps for stricter and more focused quiet periods and more. The service works by way of a VPN system that limits your access to apps and sites. But unlike some VPNs on the market, Opal is committed to not collecting any personal data on its users or their private browsing data. Instead, its business model is based on paid subscriptions, not selling user data, it says. The freemium service lets you upgrade to its full feature set for $59.99/year.

Opal raises $4.3 million for its ‘digital well-being’ assistant for iPhone

Founded by a former mobile game industry vet, Charlie “gamifies” getting out of debt using techniques that worked in gaming, like progress bars, fun auto-save rules that can be triggered by almost any activity, celebrations with confetti and more. The app plans to expand into a fuller fintech product in time to help users refinance debt at a lower rate and bill pay directly from the app.

Charlie launches a mobile app that ‘gamifies’ getting out of debt 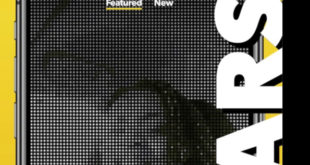 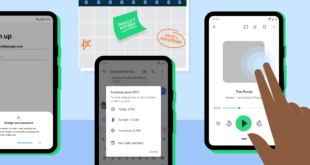 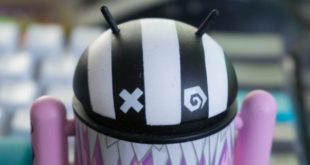 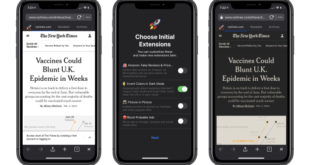 A new startup called Insight is bringing web browser extensions to the iPhone, with …