The end-Permian mass extinction, also known as the Permian-Triassic extinction event and the Great Dying, is the largest mass extinction event in Earth’s history that peaked about 252.3 million years ago. The catastrophe killed off nearly 96% of all marine species and 70% of terrestrial vertebrate species on the planet over the course of thousands of years. Massive eruptions in a volcanic system called the Siberian Traps are thought to have played an important role, but the causational trigger and its feedbacks are yet to be fully understood. Now, a research team led by Dr. Hana Jurikova from the GEOMAR Helmholtz-Zentrum für Ozeanforschung Kiel and the Helmholtz Zentrum Potsdam has assembled a consistent biogeochemical reconstruction of the mechanisms that resulted in the end-Permian extinction.

Dr. Jurikova and her colleagues studied isotopes of the element boron in the calcareous shells of fossil brachiopods and determined the rate of ocean acidification over the Permian-Triassic boundary.

“These are clam-like organisms that have existed on Earth for more than 500 million years,” Dr. Jurikova said.

“We were able to use well-preserved brachiopod fossils from the Southern Alps for our analyses.”

“These shells were deposited at the bottom of the shallow shelf seas of the Tethys Ocean 252 million years ago and recorded the environmental conditions shortly before and at the beginning of extinction.”

They then used an innovative geochemical model to study the impact of the carbon dioxide injection on the environment.

“With this technique, we can not only reconstruct the evolution of the atmospheric carbon dioxide concentrations, but also clearly trace it back to volcanic activity,” said co-author Dr. Marcus Gutjahr, a researcher at the GEOMAR Helmholtz-Zentrum für Ozeanforschung Kiel.

“The dissolution of methane hydrates, which had been suggested as a potential further cause, is highly unlikely based on our data.”

“Without these new techniques it would be difficult to reconstruct environmental processes more than 250 million years ago in the same level of detail as we have done now,” said co-author Professor Anton Eisenhauer, also from the GEOMAR Helmholtz-Zentrum für Ozeanforschung Kiel.

The team’s findings showed that volcanic eruptions in Siberian Traps released immense amounts of carbon dioxide into the atmosphere.

This release lasted several millennia and led to a strong greenhouse effect on the late Permian world, causing extreme warming and acidification of the ocean.

Dramatic changes in chemical weathering on land altered productivity and nutrient cycling in the ocean, and ultimately led to vast de-oxygenation of the ocean.

The resulting multiple environmental stressors combined to wipe out a wide variety of animal and plant groups.

“We are dealing with a cascading catastrophe in which the rise of carbon dioxide in the atmosphere set off a chain of events that successively extinguished almost all life in the seas,” Dr. Jurikova said.

“Ancient volcanic eruptions of this kind are not directly comparable to anthropogenic carbon emissions, and in fact all modern fossil fuel reserves are far too insufficient to release as much carbon dioxide over hundreds of years, let alone thousands of years as was released 252 million years ago.”

“But it is astonishing that humanity’s carbon dioxide emission rate is currently 14 times higher than the annual emission rate at the time that marked the greatest biological catastrophe in Earth’s history.”

The study was published in the journal Nature Geoscience. 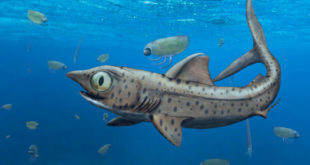 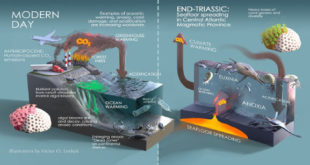 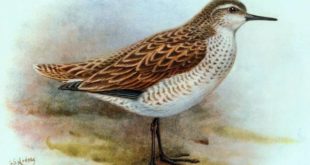 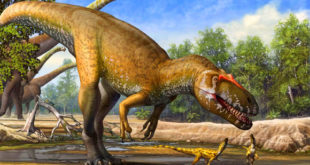